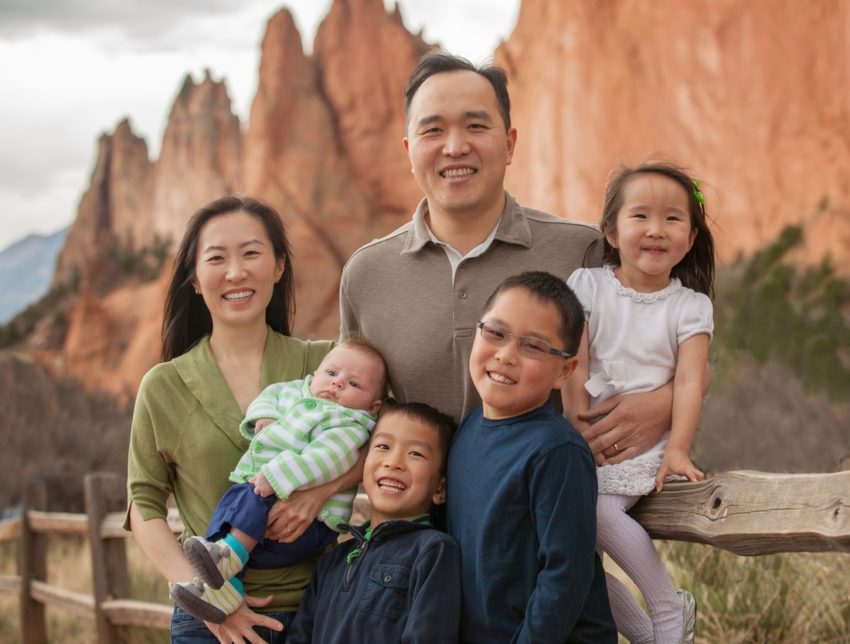 Vinh Chung is a Harvard-educated surgeon and a father of four. He serves on World Vision’s board, and he and his wife, Leisle, support World Vision child-protection programs. Vinh’s book about his past, Where the Wind Leads, came out in 2014. (Photo courtesy of Holly Pacione)

Starting in 1950 with the Korean War, World Vision has responded to the most urgent humanitarian crises, providing immediate aid. But being “first in” is only part of the equation. World Vision’s goal is also to be “last out” — seeing families and communities through hardship to restoration. Here are 12 examples of what that looks like over 65 years of disaster response. 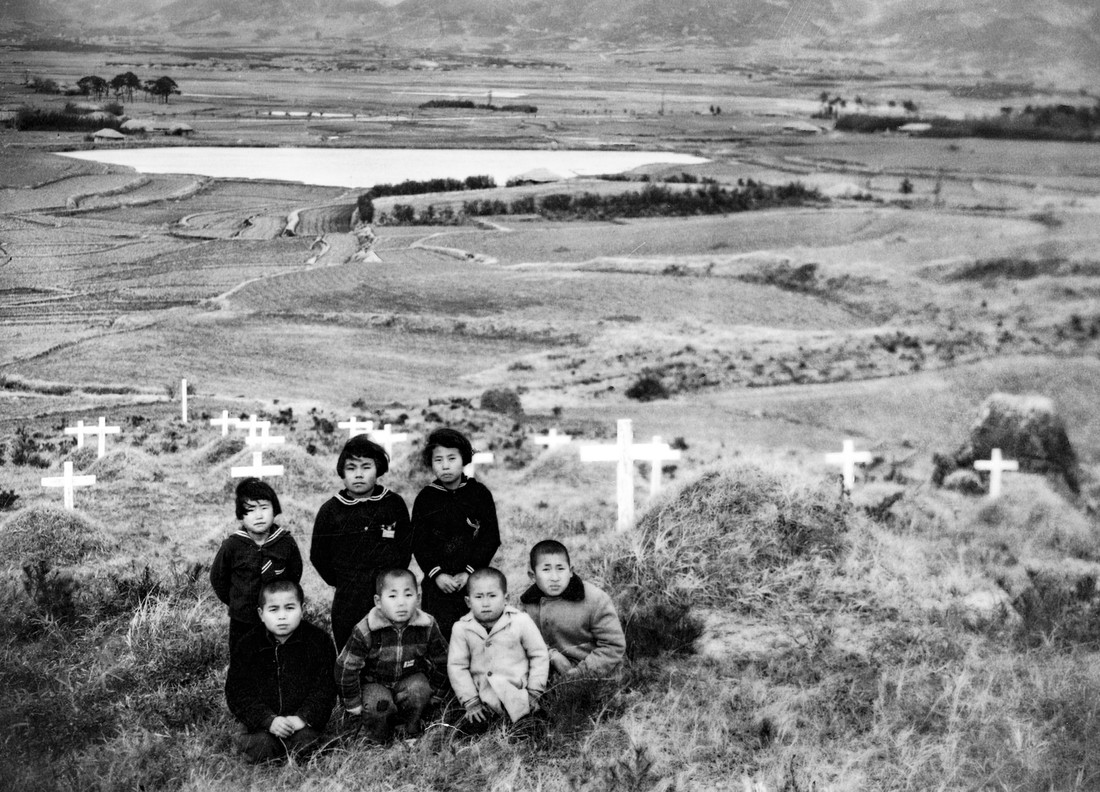 While many Americans viewed the war from 1950 to 1953 through the lens of the soldiers who fought there, World Vision founder Bob Pierce raised awareness of the plight of thousands of orphaned or abandoned children. Korea became the first country of focus for World Vision, which began funding programs for Korean orphans and vulnerable children in 1950 and started child sponsorship in 1953. (Photo courtesy of Marilee Pierce Dunker) 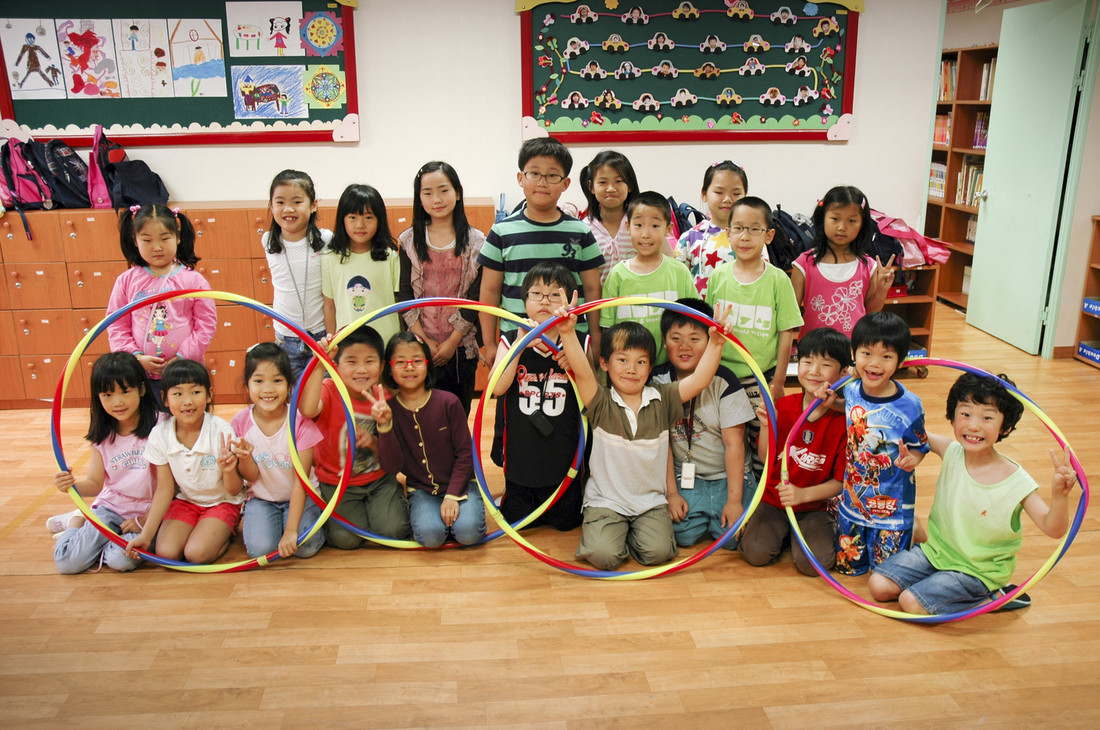 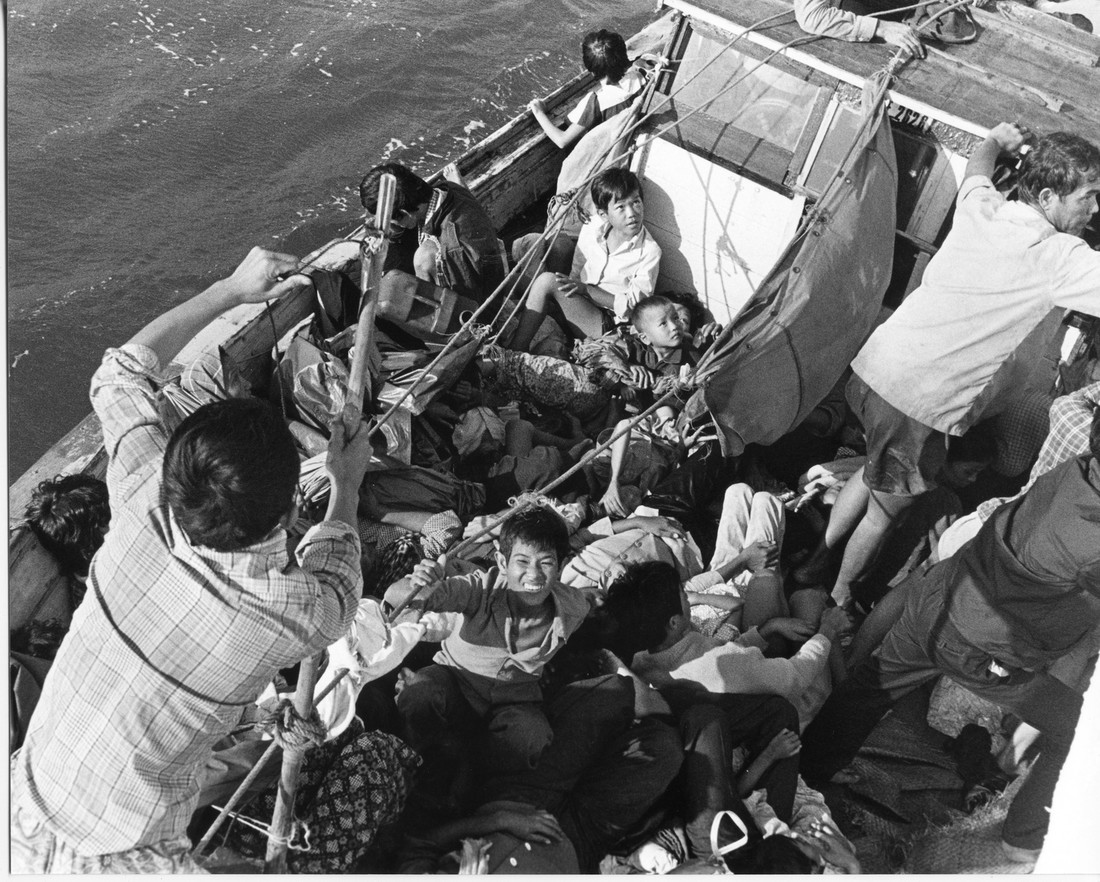 Desperate families took to boats to flee Vietnam after the communist takeover in 1975. Even when many perished in the South China Sea, nearby countries were unmoved to help. World Vision U.S. President Stan Mooneyham launched Operation Seasweep to rescue as many people as possible. Seasweep came upon this boat in 1979, carrying, among 93 passengers, a 4-year-old boy named Vinh Chung (the small, serious boy looking up near the top of the photo). (©1979 World Vision/photo by Ken Waters) 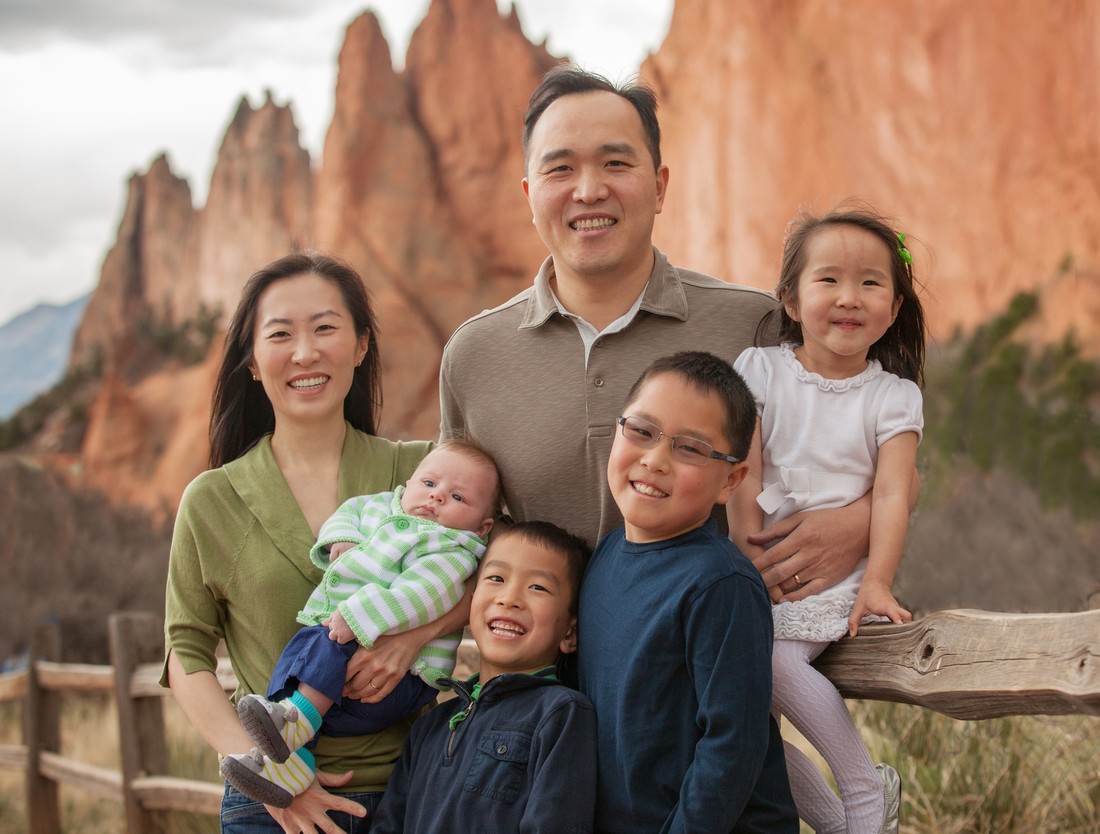 After their rescue by World Vision’s vessel, Seasweep, Vinh Chung’s family sought asylum in Arkansas with the help of a local church — starting over with nothing. Today, Vinh is a Harvard-educated surgeon and a father of four. He serves on World Vision’s board, and he and his wife, Leisle, support World Vision child-protection programs. Vinh’s book about his past, ”Where the Wind Leads,” came out in 2014. (Photo courtesy of Holly Pacione) 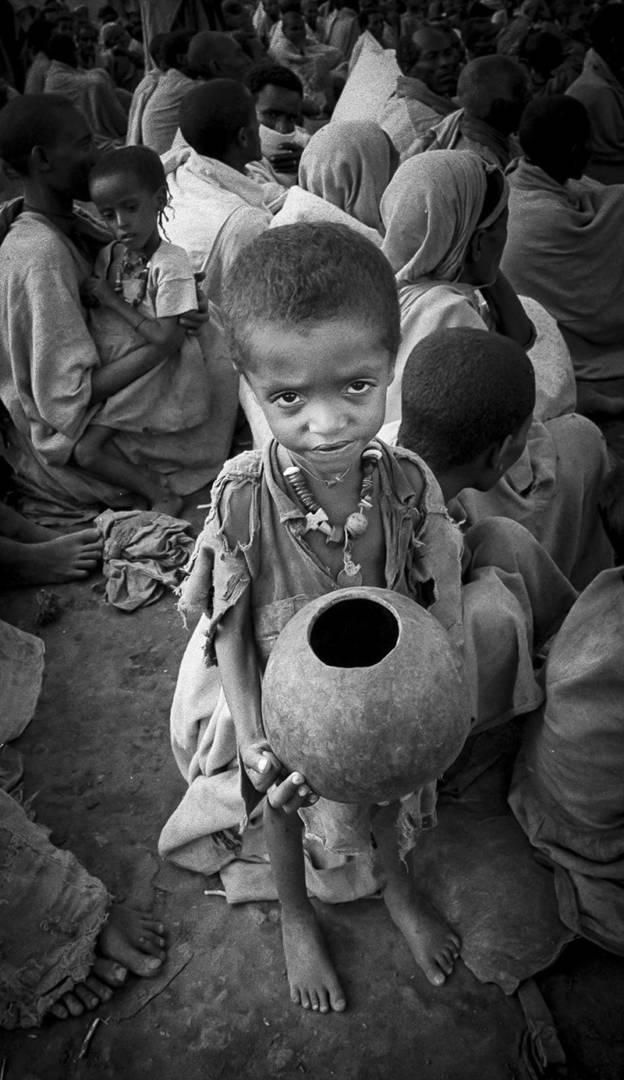 Empty pots, starved bellies, and fallow fields resulted from drought and draconian government policies in Ethiopia in 1984. Nearly 1 million people died of hunger or related diseases. The outside world was ignorant of the crisis until World Vision provided access to a BBC news crew. When their story broke on the nightly news, the global outpouring was swift and unprecedented. (©1985 World Vision/photo by Steve Reynolds) 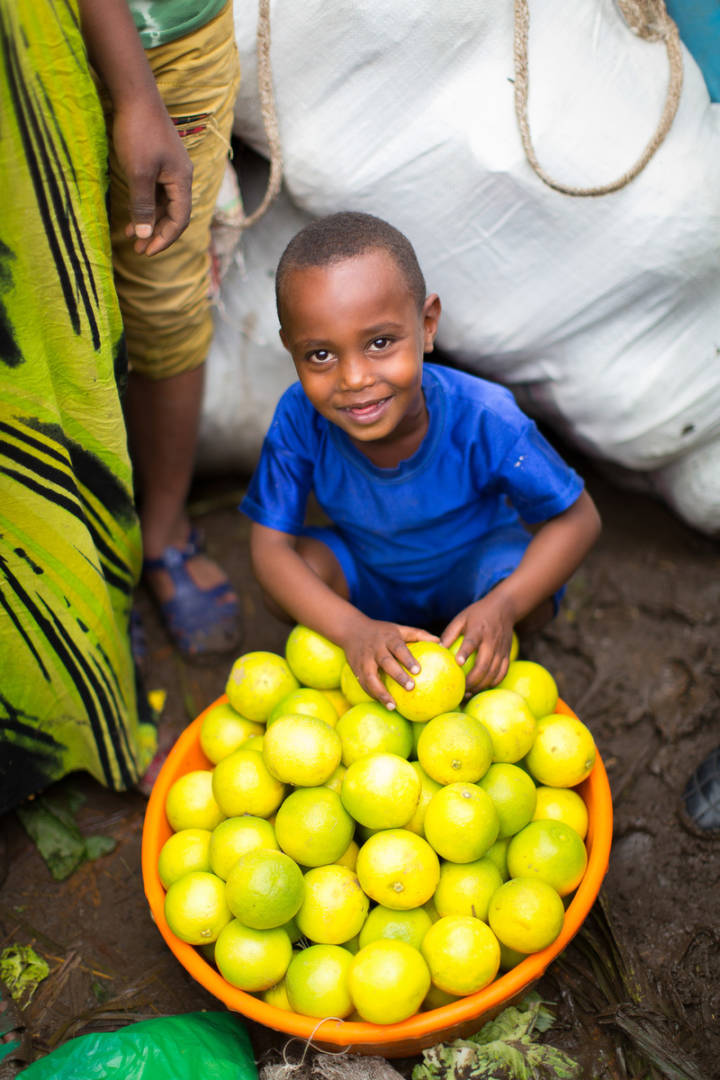 Five-year-old Ibrahim has grown up in a place of plenty — Antsokia Valley, in Ethiopia’s highlands. During the famine, it was one of eight locations where World Vision ran feeding centers nurturing near-starving people back to health. Afterward, agricultural recovery programs funded by child sponsors transformed the valley from a dustbowl into a drought-resistant breadbasket. (©2014 World Vision/photo by Alexander Whittle) 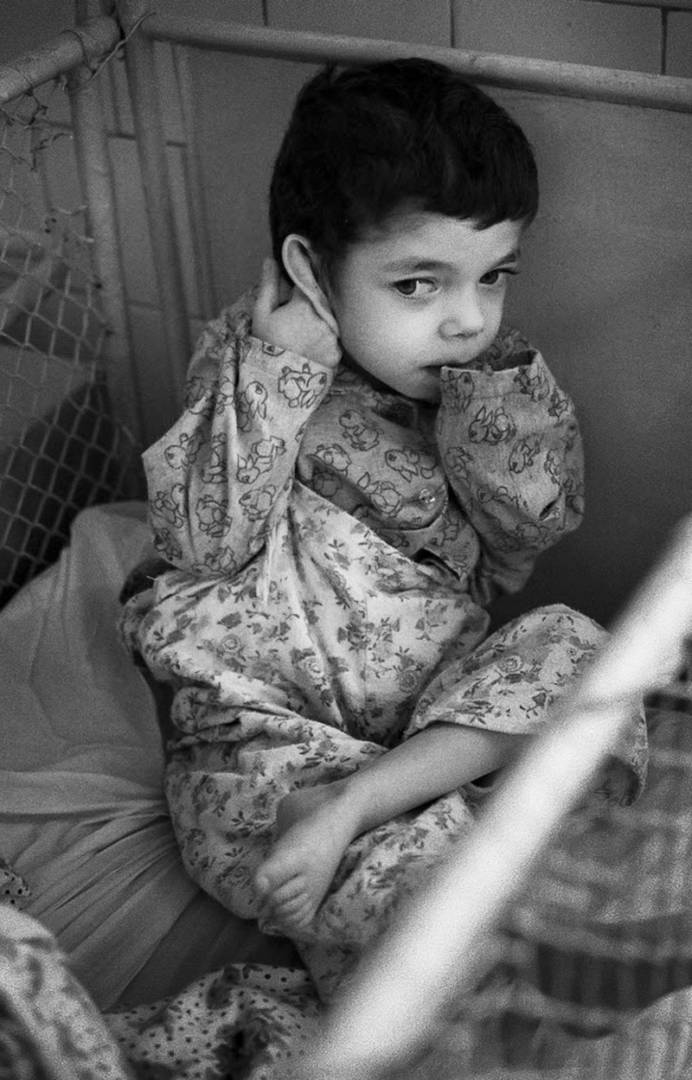 Under communist dictator Nicolae Ceausescu (1965-1989), children with even minor physical or mental challenges were consigned to ill-equipped orphanages, and parents overwhelmed with large families due to the government’s reproduction policies also abandoned children they couldn’t support. In these institutions, children were underfed and understimulated — largely left alone in cribs, like 6-year-old Silvia, who had lived in an orphanage for three years. (©1990 World Vision/photo by Sheryl Watkins) 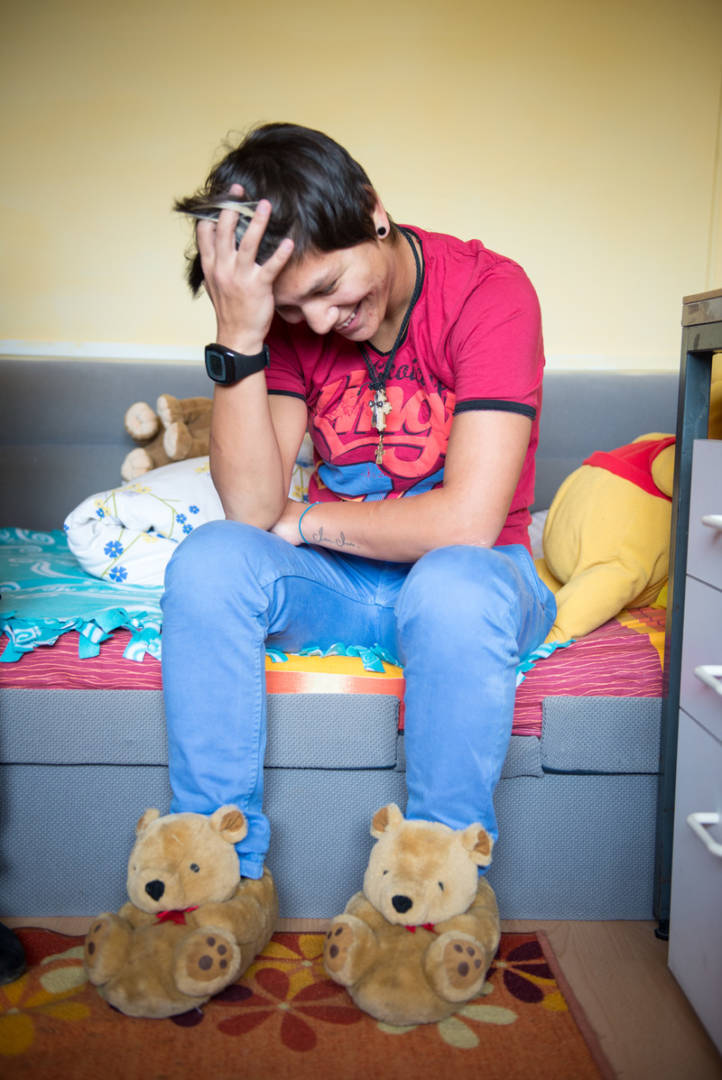 Unable to care for all of their 13 children, Andreea’s parents left her at the hospital shortly after her birth. She lived in a Cluj orphanage until she was 18, when she was released to fend for herself. World Vision’s Hope House, a program to protect and assist young people transitioning out of orphanages, took her in and taught her life skills. Now 24, Andreea works in a clothing factory and shares an apartment with another former orphan. “My trust is in God,” she says — her faith nurtured at Hope House. (©2014 World Vision/photo by Laura Reinhardt) 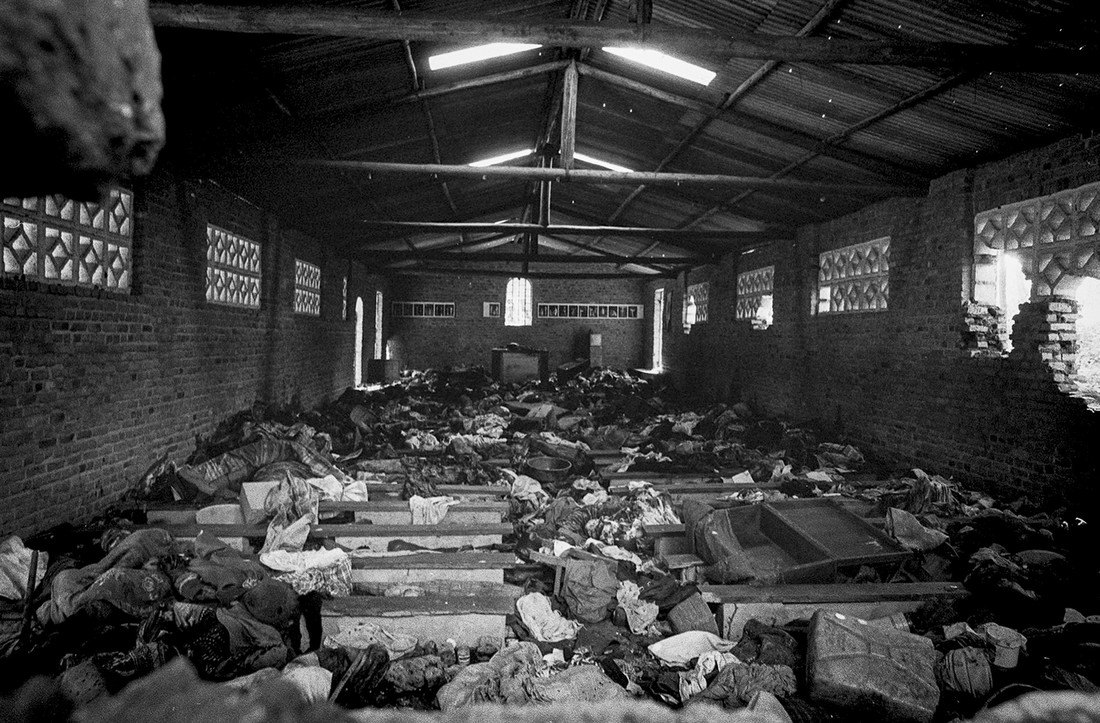 A jumble of bodies and belongings in a church near Nyamata, southeast Rwanda, testify to the horror of genocidal violence that began in April 1994. The traditional sanctuary of a church was disregarded by gangs who murdered men, women, and children with machetes and hand grenades. Over 100 days, 1.5 million people died across the country. (©1994 World Vision/photo by John Schenk) 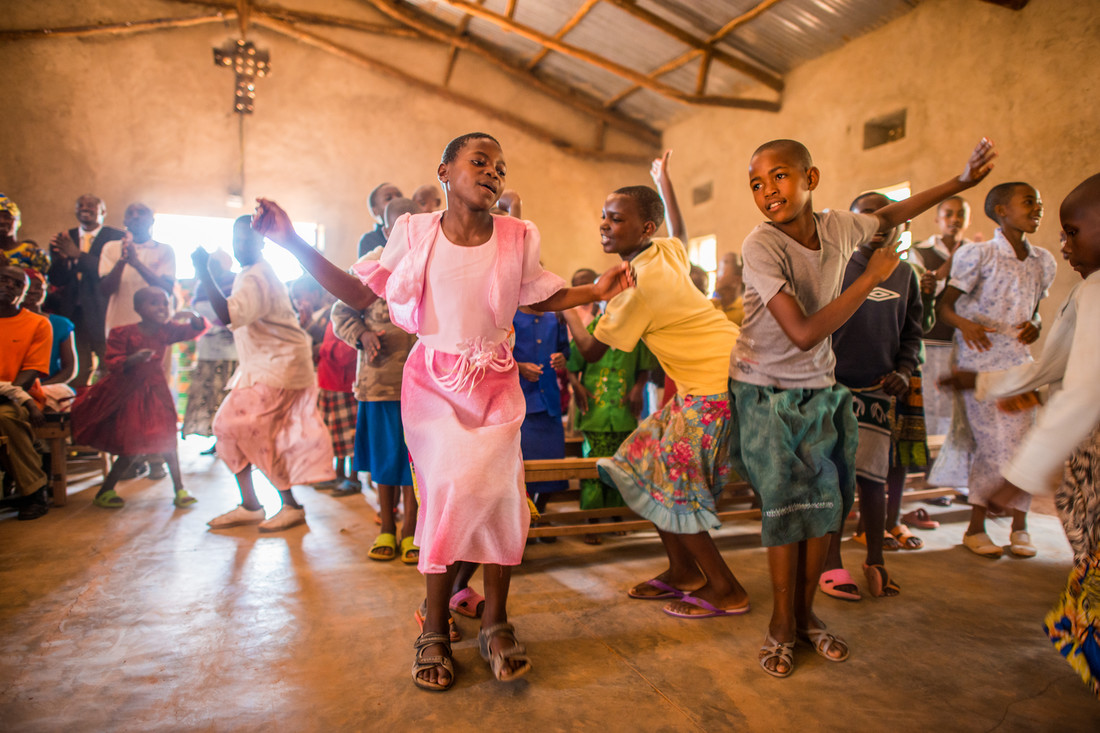 Two decades after the genocide, churches like this are once again places of worship rather than sites of slaughter. In Rwanda, where World Vision began relief and development programs in 1994, hostility has given way to faith and forgiveness. World Vision’s reconciliation programs funded by child sponsors have restored communities where sponsored children like 12-year-old Ishimwe (dancing in the pink dress) can thrive. (©2013 World Vision/photo by Jon Warren) 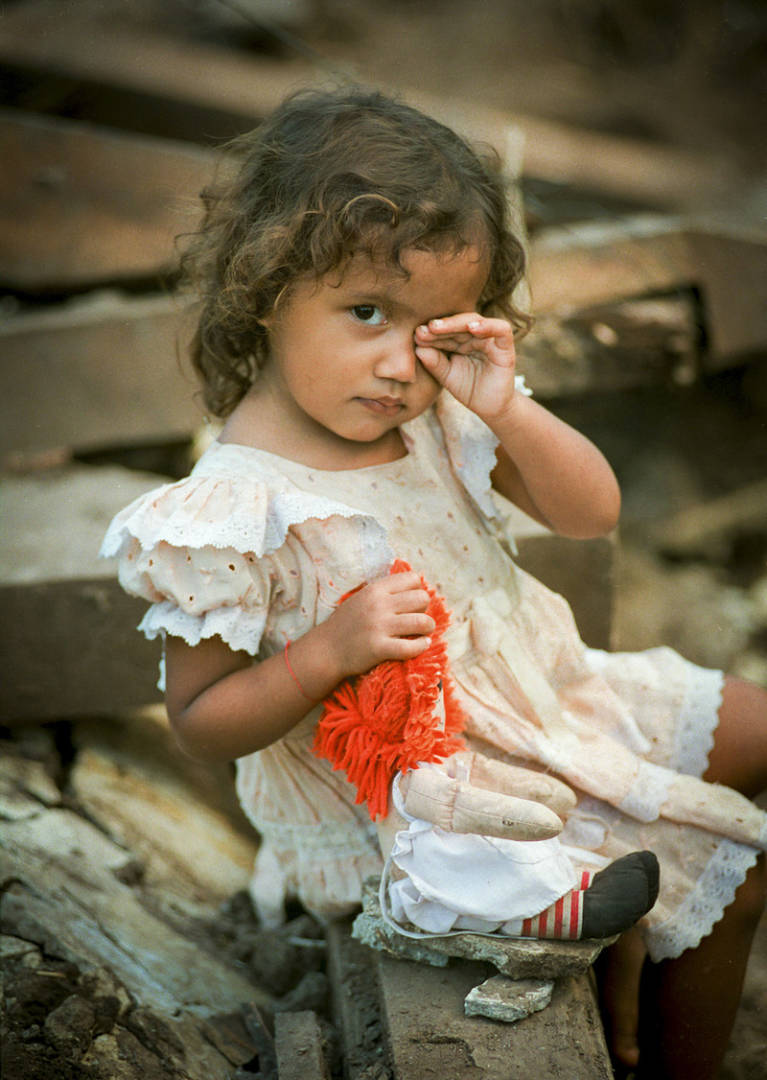 In October 1998, Hurricane Mitch — a Category 5 storm — slammed into Central America, killing more than 5,000 people in Honduras and thousands more in Nicaragua, El Salvador, and Guatemala. Three-year-old Angelica was lucky to survive with her parents and seven siblings, but their home in La Barranca, Honduras, was destroyed. All Angelica had left of her possessions was her Raggedy Ann doll, a gift from her U.S. sponsor. (©1998 World Vision/photo by Jon Warren) 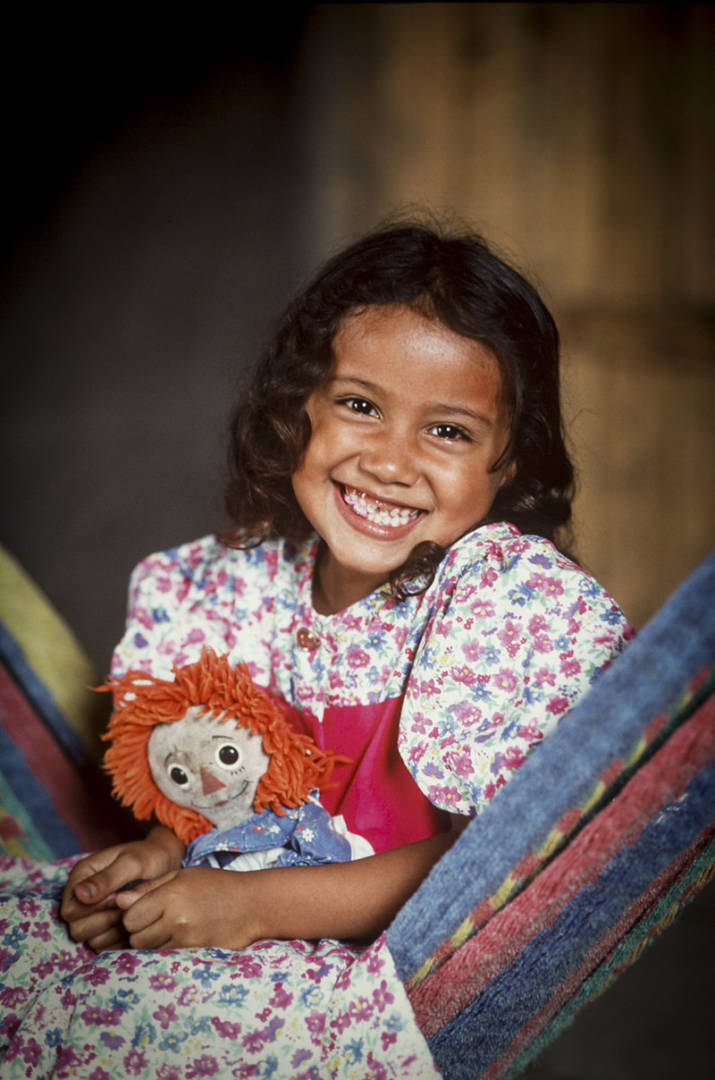 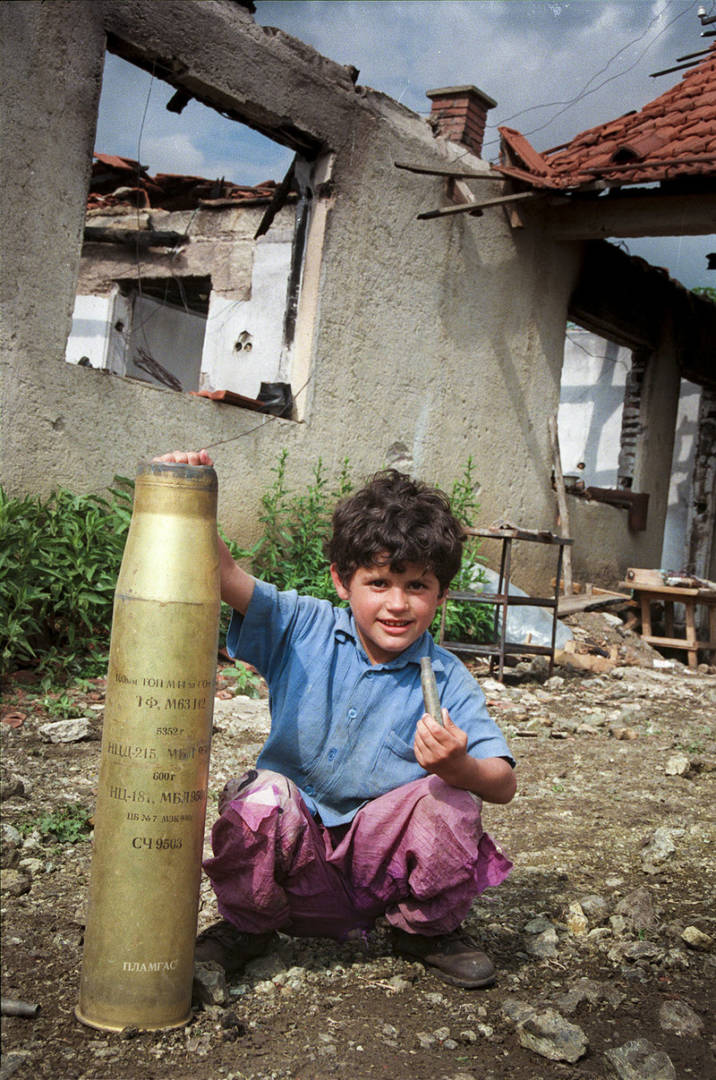 The disputed territory of Kosovo flared into full-blown war in 1998 when Yugoslav President Slobodan Milosevic brutally cracked down on protests by the ethnic Albanian population. During the violence and three months of NATO air strikes against the Serbian military, 800,000 people fled the region. But others stayed. Liridon, a boy whose name means “lover of peace,” spent months hiding with his family in the forest near his home, watching his house burn. When World Vision staff arrived with food for the family, Liridon displayed the Serb shells he’d gathered. (©1999 World Vision/photo by Rod Curtis) 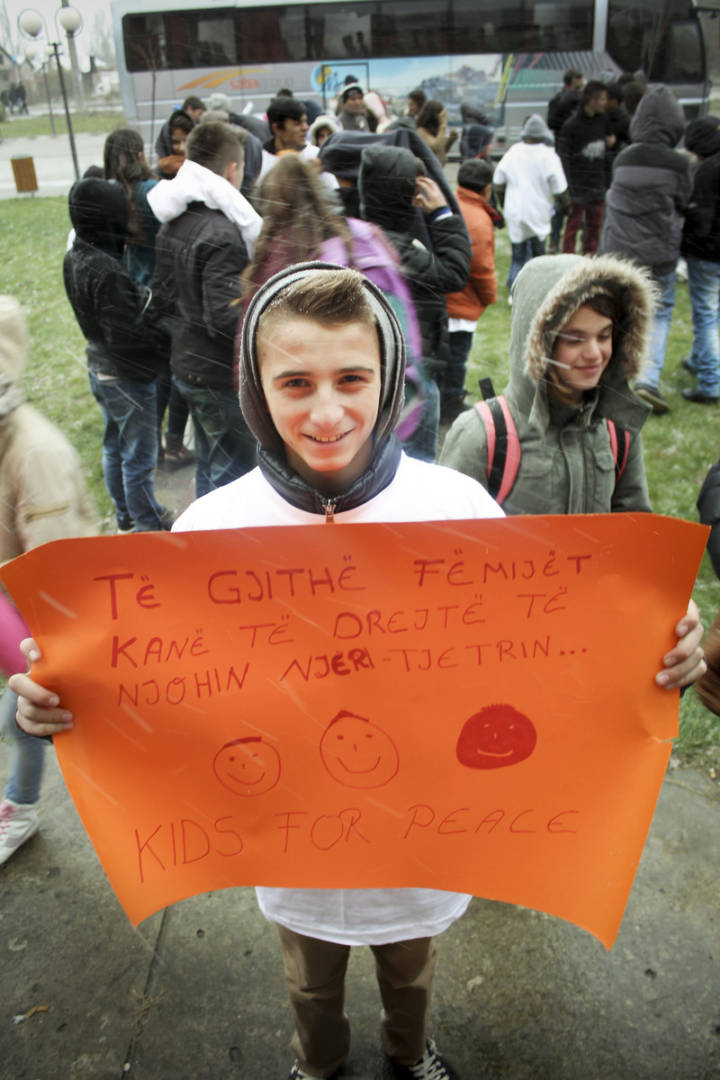 In response to the Kosovo conflict, World Vision distributed food, clothing, and relief supplies to displaced people. Later, World Vision began peace-building programs focused especially on children. Kids for Peace, a youth movement, took inspiration from (fellow Albanian) Mother Teresa’s words: “If we have no peace, it is because we have forgotten that we belong to each other.” In this event on International Day of Children’s Rights in 2013, young people emphasized the commonalities between nationalities. This boy’s sign says, “We have the right to know each other.” (©2013 World Vision/photo by Florida Bonjo) 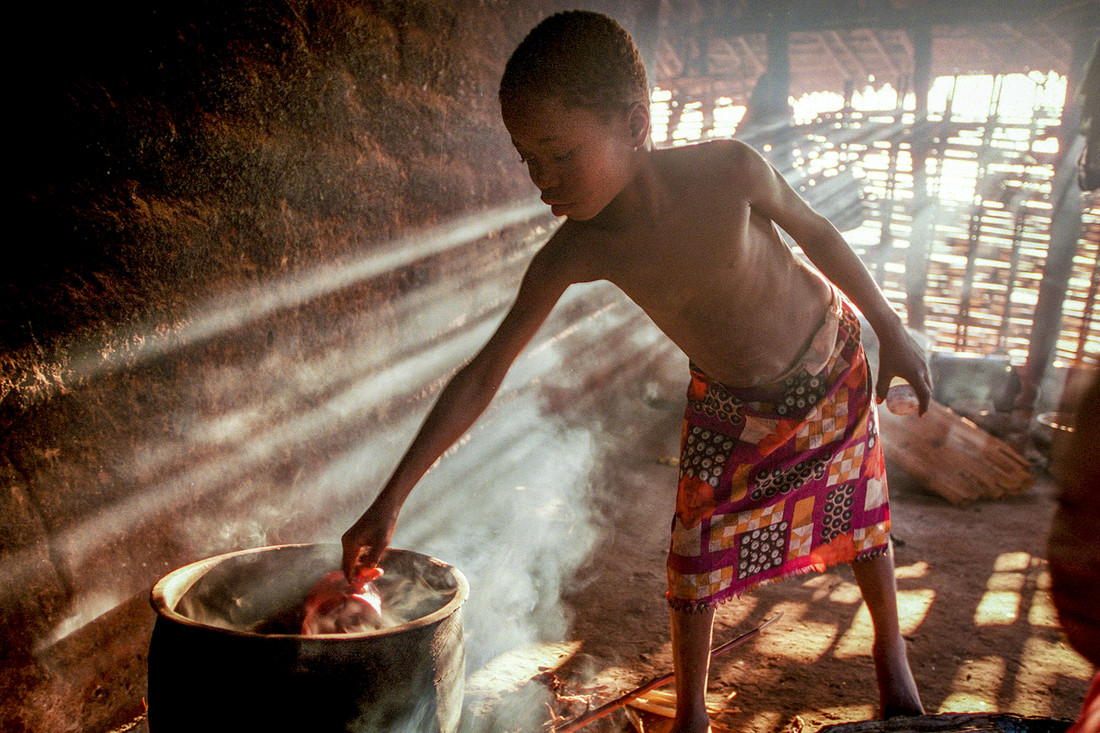 By the time the world realized the extent of the AIDS crisis in sub-Saharan Africa, in the late 1990s, nearly an entire generation had succumbed to the disease. In Malawi, orphaned children were living alone or with greatly overburdened caregivers. Lucia, 9, and her brother were abandoned by their mother after their father died, likely of AIDS. A kind neighbor, a farmer named Vincent, took the children in. (©2001 World Vision/photo by Jon Warren) 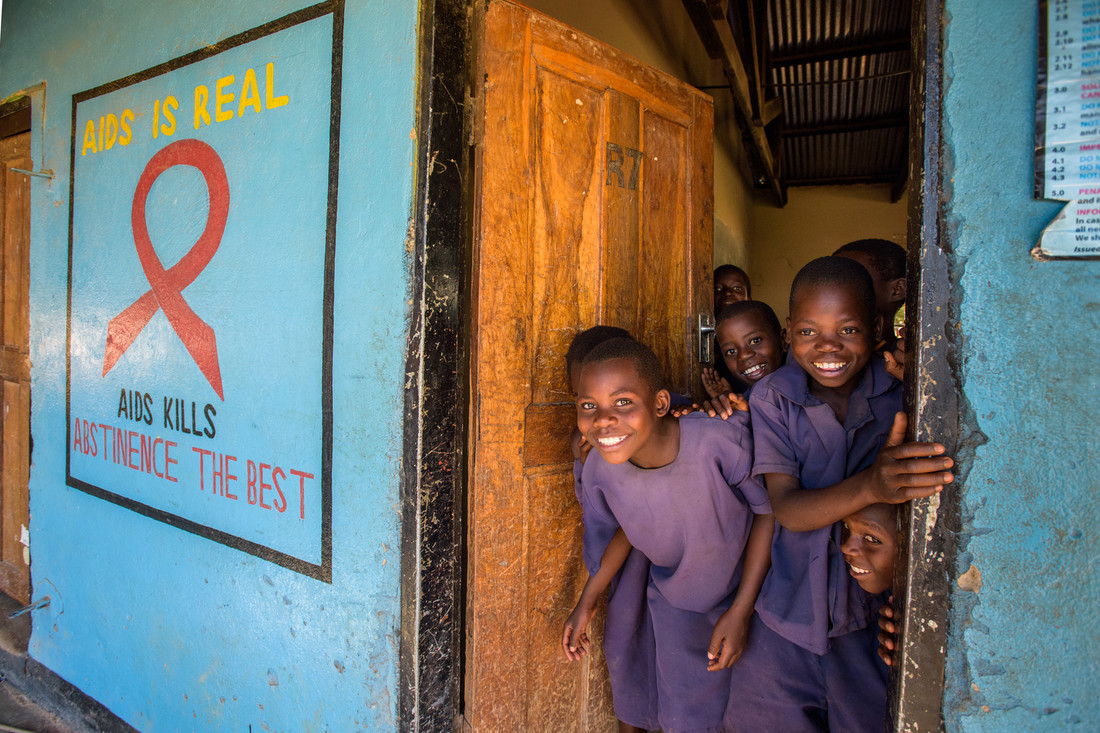 Today, HIV testing and anti-retroviral treatment — bolstered by a lack of stigma — allow adults to live normally with HIV while communities in sub-Saharan Africa continue to confront the pandemic head-on. AIDS messaging is everywhere, including on the wall of this school in Zambia, where clean water is currently more of a concern to these students than HIV — they know full well how it is transmitted. These days, AIDS interventions here in Zambia and across sub-Saharan Africa are an integral part of World Vision’s health programming. (©2014 World Vision/photo by Jon Warren) 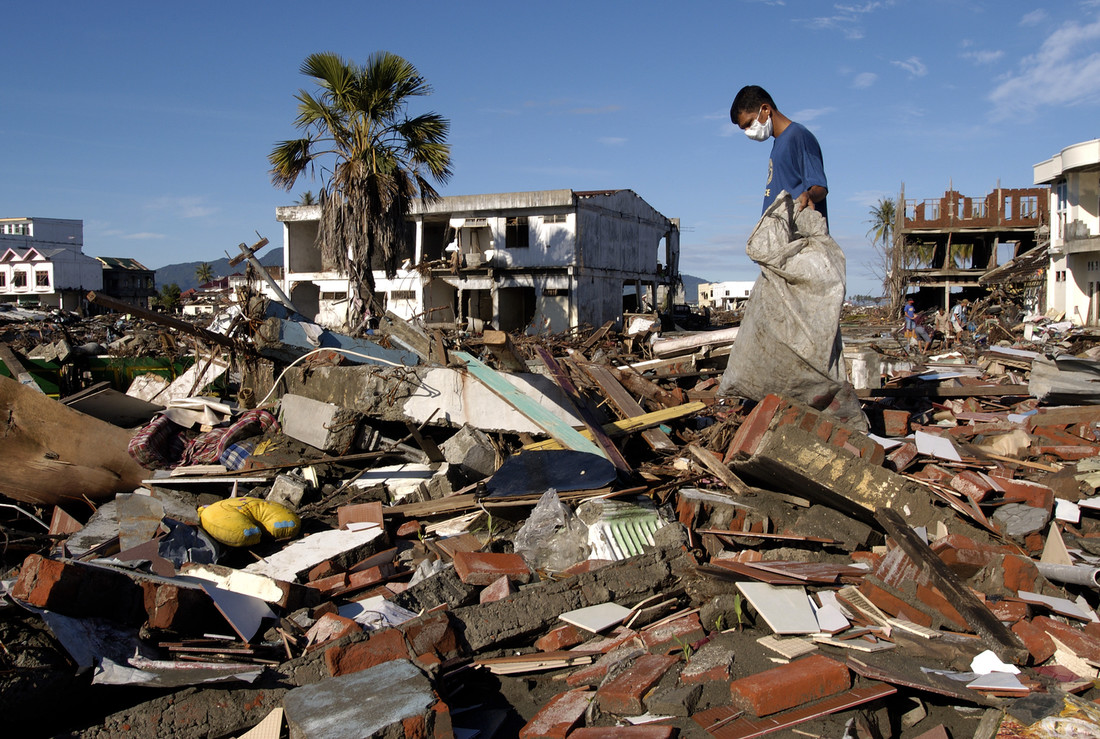 On Boxing Day in 2004, an earthquake-triggered tsunami caused death and devastation in Asian countries along the Indian Ocean. In Banda Aceh, Indonesia, surviving residents spoke of a “wall of water” that reached as high as the minarets on the local mosque. The tsunami killed more than 100,000 people there and rendered the landscape almost unrecognizable. (©2005 World Vision/photo by Jon Warren) 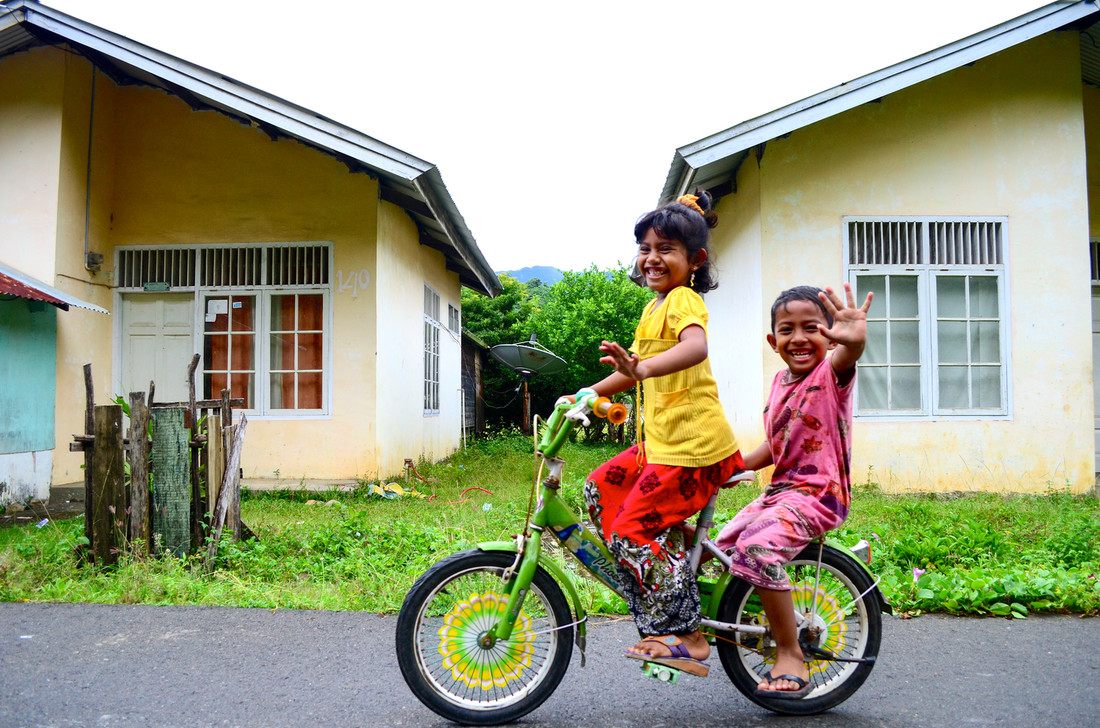 In Layeun, a village near Banda Aceh, children ride their bikes by rebuilt homes. This is one of the Indonesian communities World Vision served after the tsunami, helping rebuild 3,565 homes that benefitted about 17,000 people. “The difference is, before, our house was made of wood,” says one resident. “Now, this one is made of cement. It’s permanent.” (©2014 World Vision/photo by Mark Nonkes 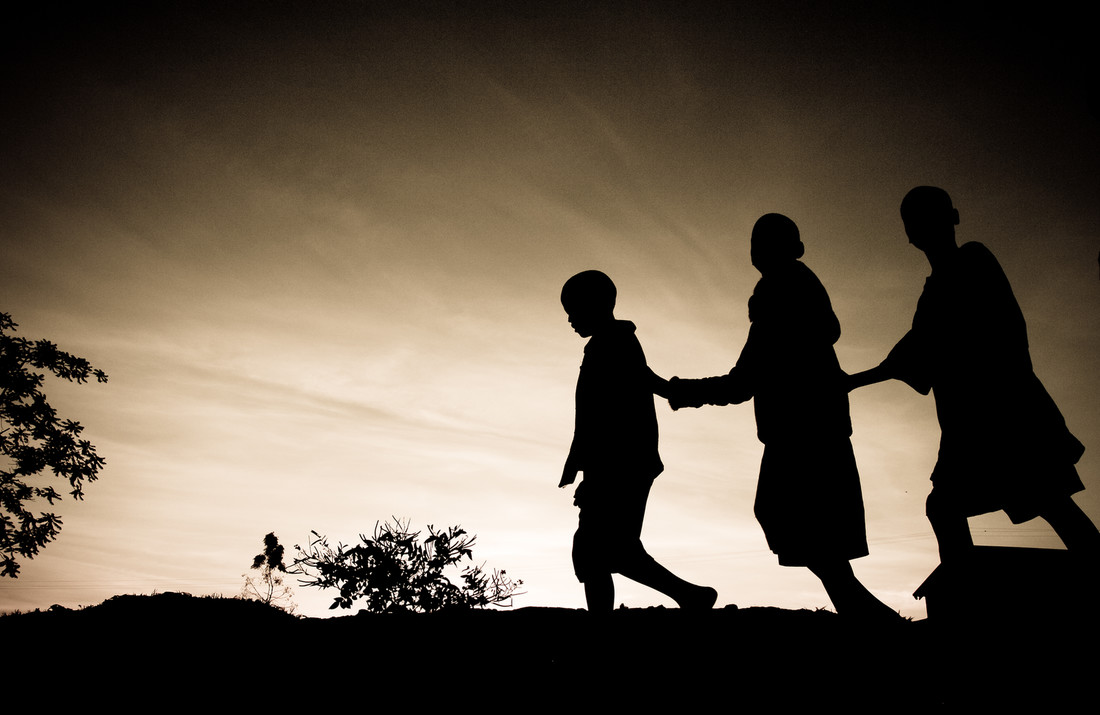 The Lord’s Resistance Army (LRA) terrorized northern Ugandan communities long before the charity Invisible Children put out a documentary about its leader, Joseph Kony, that went viral. In the mid-2000s, the little-known conflict between the LRA and the Ugandan government had been dislocating families for nearly a decade. The rebels snatched children at night, so boys and girls became “night commuters” — leaving their parents at dusk to walk some distance and sleep in crowded shelters near soldiers. Anything was better than abduction into the LRA, which abused the children and forced them to commit terrible crimes. (©2006 World Vision/photo by Jon Warren) 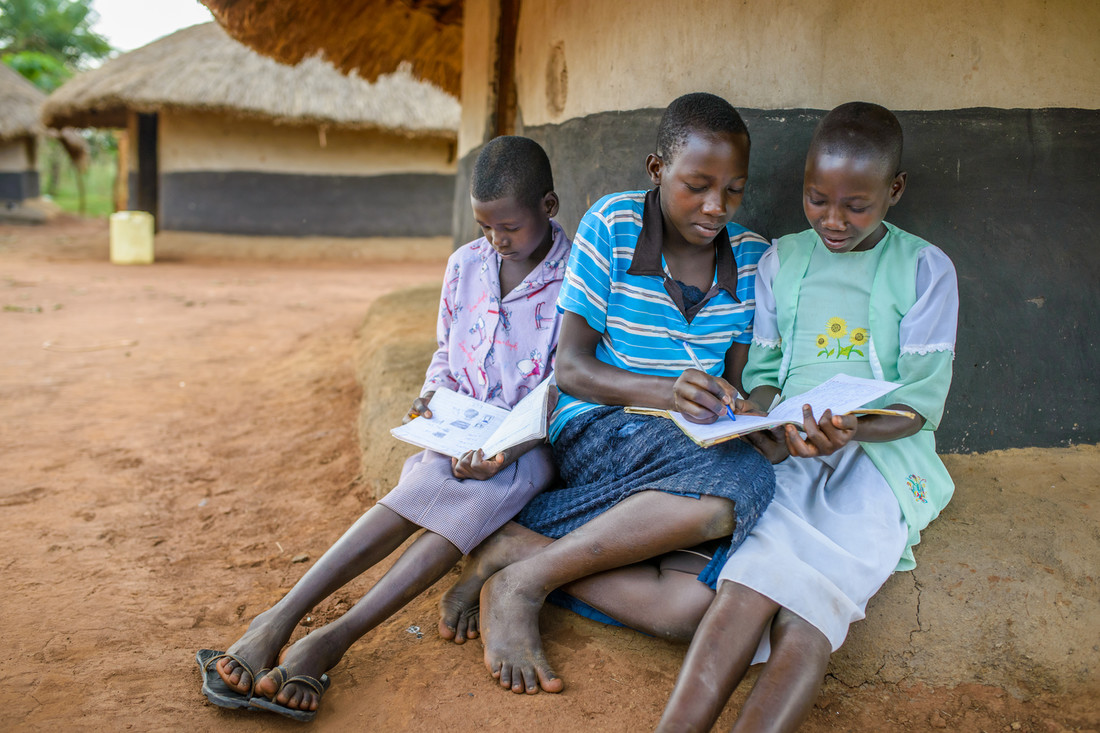 Life after Kony is tranquil for Isabella, 11 (right), and her siblings. But they remember the hardship of living in a camp with 13,000 other people displaced by fighting between the LRA and Ugandan troops. Worst of all, the LRA abducted their older sister, Flavia, who mercifully was rescued after six months with the rebels. In 2008, a peace agreement allowed Isabella’s family to return to their home village in Oyam district, where they found everything burned to the ground. World Vision provided food for returning families, and soon, Isabella became sponsored by a woman from the U.S. Now she and her sisters go to school; mosquito nets keep them malaria-free; and they draw clean water from a borehole well installed by World Vision near their home. Of all the gifts from her sponsor, Isabella most cherishes this dress, decorated with sunflowers. (©2014 World Vision/photo by Jon Warren) 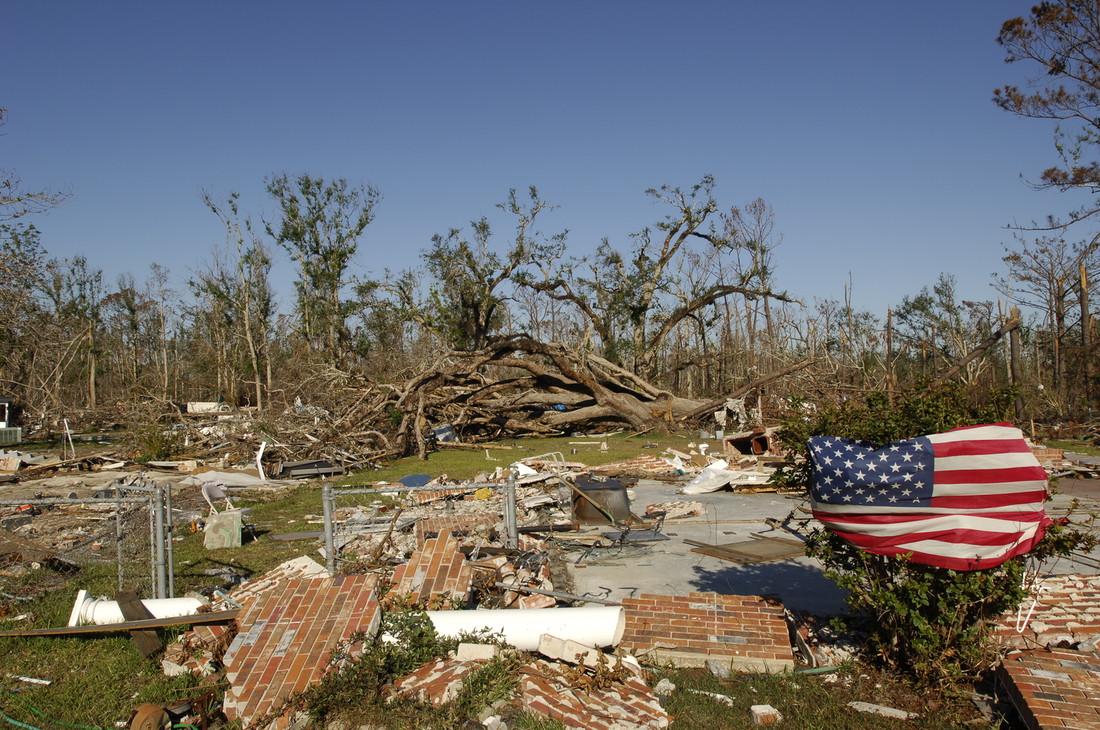 Hurricane Katrina wreaked havoc on the Gulf Coast of the United States in 2005. The strong storm and its aftermath flooded entire communities in Louisiana, Mississippi, and Alabama. Homes, businesses, and churches were destroyed; families lost everything. (©2005 World Vision/photo by Jon Warren) 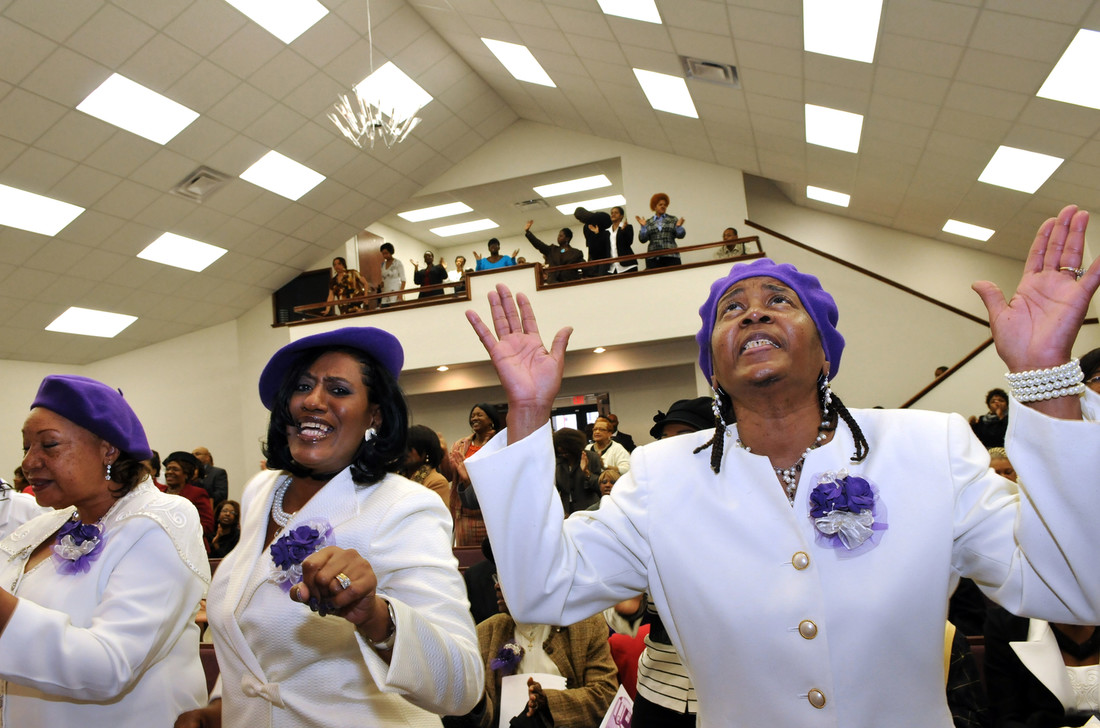 Agape Baptist Church’s congregation celebrates the dedication of their new building in New Orleans, replacing the one that was destroyed by Hurricane Katrina. World Vision provided a cash grant to assist with the reconstruction — one example of the $2 million in grants disbursed after Katrina in the Gulf region. World Vision opened an office in Picayune, Mississippi, to provide services, training, and distribution of building materials and other supplies to more than 300 partners, many of them churches. (©2010 Genesis Photo Agency/photo by Scott Cook) 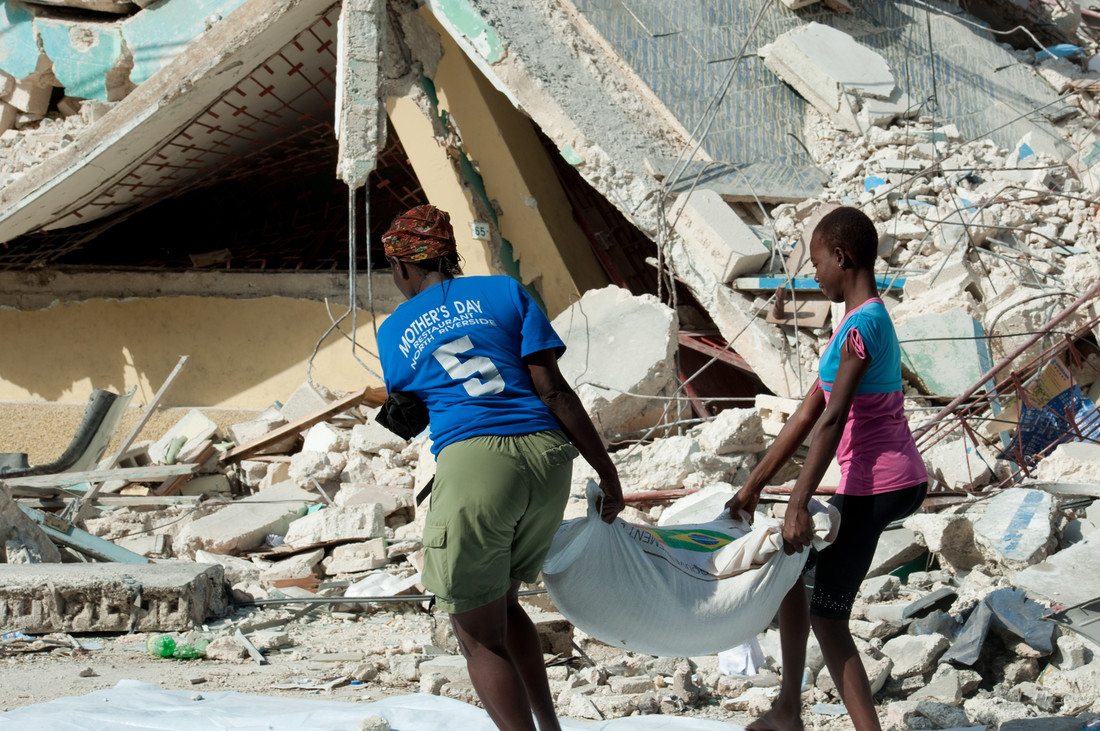 Few natural disasters have been more devastating to one country than the 2010 earthquake in Haiti, which killed more than 230,000 people. The impact of the 7.0-magnitude quake was catastrophic for an already desperately poor population. World Vision had worked in Haiti for 30 years, and staff responded immediately, distributing goods that had been prepositioned in case of a hurricane. (©2010 World Vision/photo by Jon Warren) 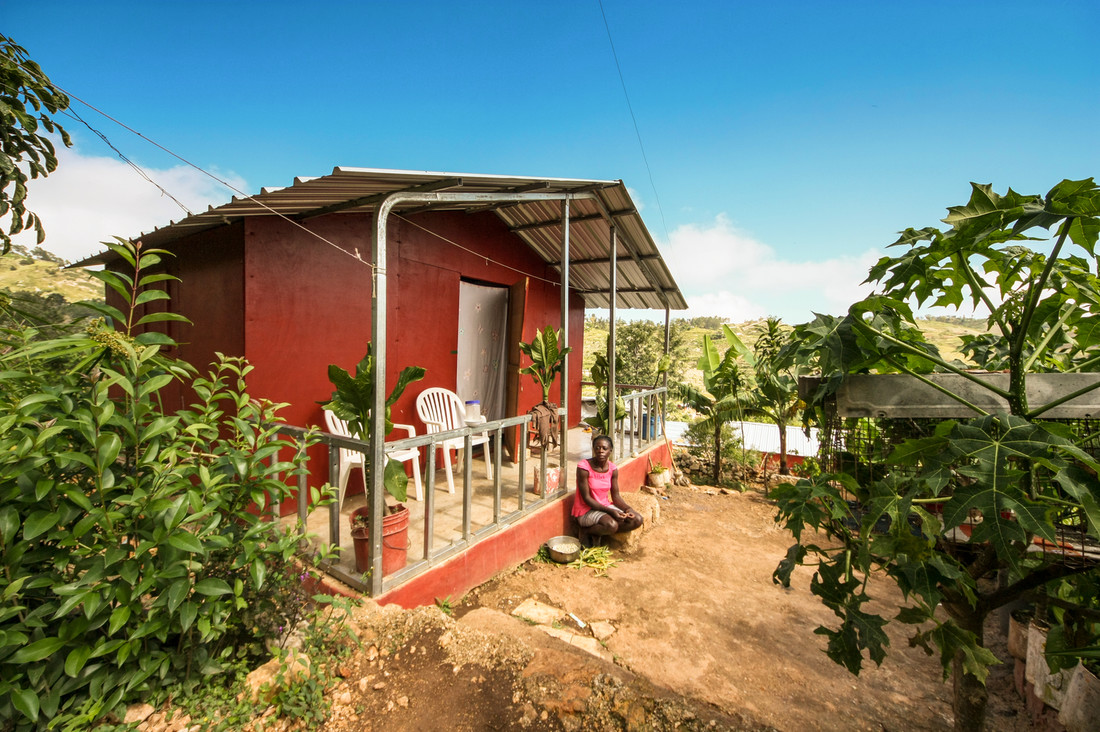 In the years following Haiti’s quake, the greatest need for survivors was safe housing. World Vision provided 500 transitional shelters — solid structures built to resist earthquakes and hurricanes — in the Port-au-Prince area. Guirlande Juste, 25, lives in one with her mother, brother, and 4-year-old son. Their home collapsed in the quake, and they lived in a church and a makeshift shack until receiving the shelter, which Guirlande pronounces “way better than before.” As of this year, World Vision has helped more than 14,000 people move out of tents into sturdier accommodations. (©2012 World Vision/photo by Guy Vital-Herne)