Faith, resiliency, courage, and wisdom have spurred women, such as Dativa, to not only survive, but to thrive. (©2020 World Vision/photo by Laura Reinhardt) 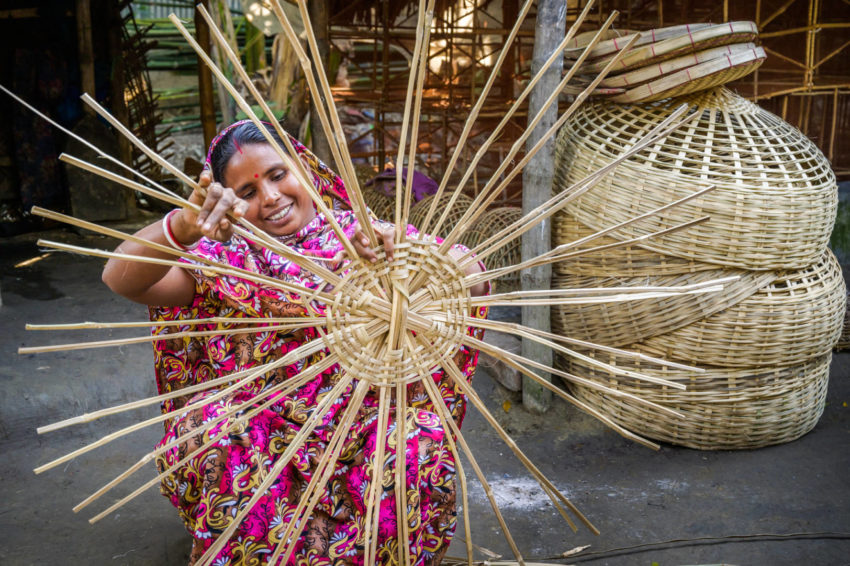 Women such as Shabitri teach us that it's never too late to learn new things. (©2019 World Vision/photo by Jon Warren) 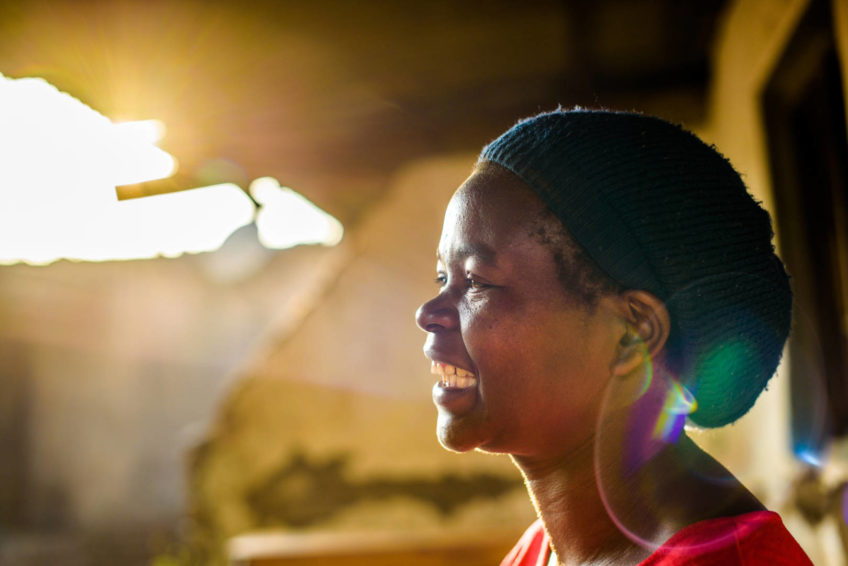 Through women like Ireen we can be reminded that God has made us all wonderful. (©2019 World Vision/photo by Jon Warren) 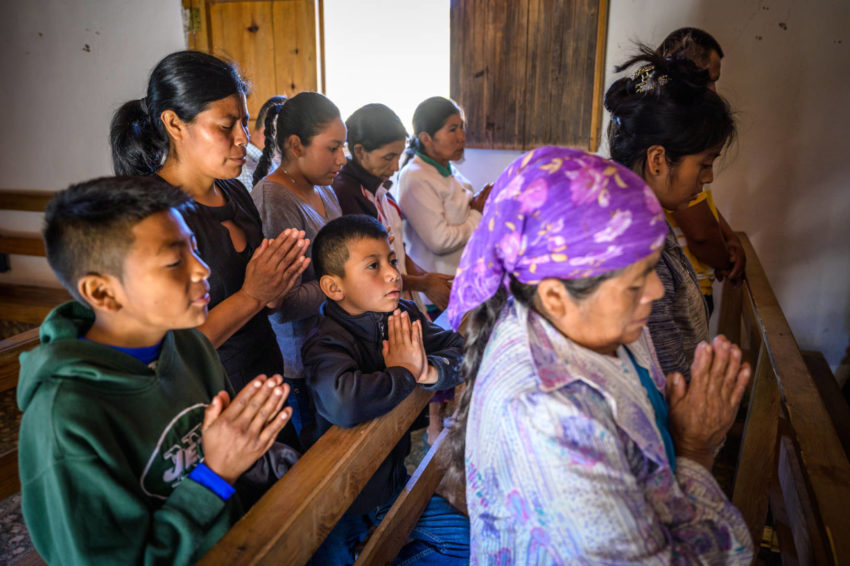 The stories of others, such as Patricia (left) from Honduras, can inspire us on our own journey. Patricia teaches us that no journey is too far to pursue your dreams. (©2020 World Vision/photo by Jon Warren)

We all need inspiration. Life can be tough, the news can be overwhelming, and it’s easy to get lost in a busy life. We may be independent and strong, but we also need to take time to support and learn from each other. To celebrate International Women’s Day, March 8, here are 12 amazing women with life lessons to inspire and support you.

The coronavirus-caused disease, COVID-19, continues to spread around the world. But near the center of the epidemic, 27-year-old Dr. Li is standing strong. She canceled vacation plans to visit her parents, missed her New Year’s Eve celebrations, and has continued working at the health center where she provides services including vaccinations, epidemic prevention, and public health supervision. Her work now involves sanitizing public places, persuading people to stay in quarantine, monitoring new outbreak data, and writing reports. “I’ll be here when needed,” she says. World Vision has been supplying her health center with face masks and other protective items.

2. Ireen in Malawi:
God made you wonderful.

Ireen did not feel wonderful. She was hopelessly in debt and desperately unhappy. The death of her father had forced her to drop out of school at 12. She married at 19, then had five children but had nothing to feed them. Through training provided by World Vision, she began to see her life in a new way. She learned that God’s love empowers us to take responsibility for ourselves, our marriages, families, communities, and creation. She learned that God had made her wonderful.

Ireen also learned new ways to farm and joined with other farmers to turn subsistence farming into a real business. The community elected Ireen to be the leader of five farmer groups, 150 people strong. Now, Ireen and her husband are building a new house — this one with six rooms. “We need room for grandchildren,” laughs Ireen, grandchildren that will know God made them wonderful, too.

3. Gertrude in Zimbabwe:
Stop waiting for a man to fix your problems.

As Gertrude was packing to return to her parent’s home, a World Vision staff member confronted her saying, “You have to stay and use your brains and use your hands — we will teach you!” Gertrude joined a savings group and started earning money. She bought livestock, built a latrine, added on to her house, and bought furniture. She and her husband have reconciled, and she is now a volunteer health worker, helping other mothers keep their children healthy. She says proudly, “I feel like a champion!”

Two years ago, Shabitri held a book in her hand. She had no idea how to read, but she felt happy. Happiness was rare for this mother of three who never went to school as a child and married at age 11. When health issues overwhelmed their meager finances, she resorted to begging from neighbors to feed her children.

Through World Vision and a program funded by U.S. foreign assistance, USAID, Shabitri was handed a book and invited to join classes in business training and literacy. She learned to read and do basic math. And thanks to a loan, she has started two profitable businesses: weaving baskets and running a small grocery shop. Her 15-year-old daughter is inspired. “My mother can now write and read,” says Modhumala. “She can make decisions by herself. She is independent. The most beautiful thing I love is now she can teach my younger brother.”

It’s easy to see people as one thing and limit them according to what we see — their race or gender, their economic status, their past trauma, their failures. But Christine Ngbaazande is breaking these stereotypes apart. In a place where women and girls are not respected, where survivors of sexual violence are shunned, and where former child soldiers are feared and avoided, Christine is leading a movement to welcome everyone. She is also breaking stereotypes simply by being a female leader. When young girls see her drive past on her motorbike, a vehicle typically reserved for men, they are inspired. Christine was rewarded with a prestigious humanitarian award in 2019 for her work in her community, supporting survivors and making progress to end violence against women.

6. Patricia in Honduras:
No journey is too far to pursue your dreams.

Five days a week, Patricia leaves her mountain home to walk precarious trails to her job as head of women’s programs, serving more than 9,000 women in 60 rural communities in Yamaranguila. The daily walk takes her four hours, but the journey to service is one she’s been on ever since she was a child. At age 11, after dropping out of school in third grade, Patricia joined a World Vision program to learn how to tutor children and encourage them to stay in school rather than join their parents in the fields. Now 36, she’s currently enrolled in seventh grade, attending classes on Saturdays. She’s taken every course or workshop she could, all with the intent to serve her family, community, and nation. In between her own studies, she teaches evening classes at her house and is a respected leader. In 2019, she was rewarded with the five-star citizen’s award by the Honduran anti-corruption council.

7. Dativa in Rwanda:
You can give others what you never received.

Dativa once dreamed of being a doctor, but her dream never came. She had to drop out of school in third grade to care for her eight siblings and her mother, who struggled with mental illness. When Dativa was 23, her mother was killed in the Rwandan genocide. Two years later, Dativa married, but after a lengthy illness, her husband died, leaving her to raise their children on her own.

Dativa doesn’t know how to read or write, but she’s not letting that stop her. She’s making sure her children are educated, and she’s become an advocate for other children to ensure their parents send them to school. She’s also adopted a girl named Keza, whose mother wasn’t able to care for her. At first Keza struggled in school, even repeating a grade. Now in third grade, Keza ranks second in her class and dreams of becoming a doctor.

8. Haley in the United States:
Learn from the next generation and remember, with God all things are possible.

Haley Lilla, 19, is articulate, compassionate, and determined to lead her generation not only to dream but also to act. When World Vision’s Ignite partnership came to her school, Haley felt God call her to action. She sponsored a child and became an advocate for his community in Kenya. She also became a spokesperson about injustice, rallying her peers to “start making a tangible impact now.”

Haley is now majoring in Peace and Conflict Resolution at Chapman University, has designed a bike that purifies water with UV light, and is working on partnering to help a refugee community. In a speech to 300 leaders from top U.S. Christian schools, Haley said, “I understand that maybe my generation can’t fix it all, but with God, all things are possible.”

9. Maribel in the United States/Mexico:
God will speak when you listen.

Every day, Maribel prayed for wisdom. Then, God gave her a dream. She and her husband, Frank, were ministering to a growing number of people who were living in a city park in Matamoros, Mexico, waiting for asylum hearings in the U.S. Children and families slept outside with no tents, or blankets, or food. Maribel and Frank brought supplies from their home in Texas, while volunteers served meals. But Maribel wanted to do more.

In the dream, God told Maribel, “Teach them how to fish. Give them a hook. They have abilities, give them something small.” Maribel wrestled with the dream, unsure what it meant. Then God spoke again: “Take them pots and pans, plates and glasses, and they’ll figure out how to cook.” Even though Maribel knew the camp of 2,500 people had no stoves, she rounded up pots and pans to distribute. Sure enough, one man figured out how to make a stove using mud and materials he found. Maribel and Frank organized people into groups, to make new stoves and cook their own meals. “Now there are over 100 ovens serving the area,” says Maribel. Maribel and Frank have also distributed supplies from World Vision, including tents, blankets, food, and hygiene kits. Maribel is now teaching women to make jewelry and do embroidery.

Despite growing up in a violent neighborhood of Colombia during a time of conflict, Mayerly Sanchez’s family gave her stability, unconditional love, and taught her to love God. World Vision also taught her to speak up. Mayerly joined other children to start a peace club, to steer kids away from drugs, crimes, and violence. At age 12, after her best friend was killed, Mayerly became a spokesperson for the Children’s Peace Movement. Mayerly and her friends lobbied elected officials and organized public rallies. Peace became a nationwide issue. The Children’s Peace Movement was nominated for the Nobel Peace Prize four consecutive times.

Now, at 35, the peaceful life that she advocated so hard for has become her reality. Homicides are at a 40-year low and she and her husband are raising two young girls. As a communications manager for World Vision, she continues to use the power of words to change her country and advocate for children. “Kids are what makes me love this work,” she says. Mayerly wants kids to have what she has experienced: unconditional love. “With love, everything is different in your life.”

11. Manushak in Armenia:
You can leave a legacy.

At 47, Manushak knows she won’t have her own children. But she still wants to leave a legacy. Her grandmother taught her to knit when she was 6, a skill that has allowed her to earn a small income despite a physical disability. Now she’s passing that skill onto others. She’s partnered with World Vision and leads a group of women who knit clothes to fulfill orders such as 300 scarves to give to Syrian-Armenian refugees who were facing the winter without proper clothing. Manushak is proud that she’s able to pass on what she learned from her grandmother so long ago. “I don’t want to lose this after me. I want to leave something after me,” she says. “I want the story to be continued.”

12. Anwara in Bangladesh:
We need each other.

Anwara used to send her children out to search for firewood in the refugee camp where she lives in Bangladesh. Surrounded by more than 740,000 people from Myanmar who also fled extreme violence, Anwara didn’t know anyone. World Vision created community kitchens, where women could come cook together for their families. Now, Anwara has 50 close friends who cook together and encourage each other. “We feel that we have better strength now,” she says. She’s able to share that strength and knowledge with her children, who no longer have to search for firewood.