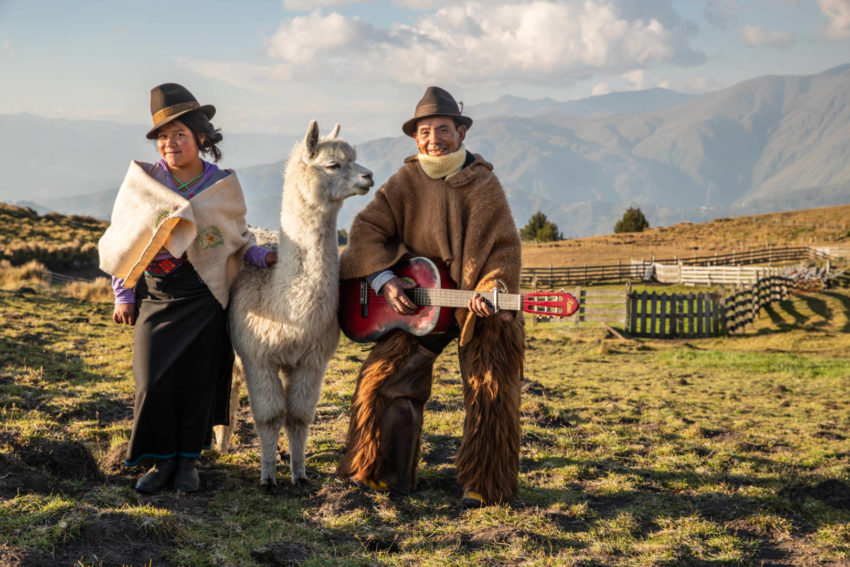 The community of Guarguallá Grande sits at about 12,500 feet above sea level and has struggled with the effects of poverty for generations. Alpacas gifted through World Vision’s Gift Catalog have empowered this community to begin lifting themselves out of poverty. The animals help improve children’s health, nutrition, and their families’ livelihoods. Their presence also helps promote land conservation and a rebalance of the indigenous ecosystem. (©2019 World Vision/photo by Chris Huber)

World Vision’s photographers traveled around the world this year to tell stories of children and their families. They captured moments of struggle and moments of joy. Here are our favorite photos of 2019 and the stories behind them.

This is a moment that reminds you what matters in life. Nine-year-old Yeisy loves her grandmother, Maria Dolores. It starts with a little nuzzle, then she sneaks in a gentle kiss on her cheek as they stand in front of their home in Rocafuerte, on Ecuador’s north coast.

Yeisy’s parents abandoned her, but her grandparents raised her from infancy, helping her through significant health issues. Now she’s thriving because of her grandma and grandpa’s tender love and because of her new World Vision sponsor, whom she got to choose. (©2019 World Vision/photo by Chris Huber) 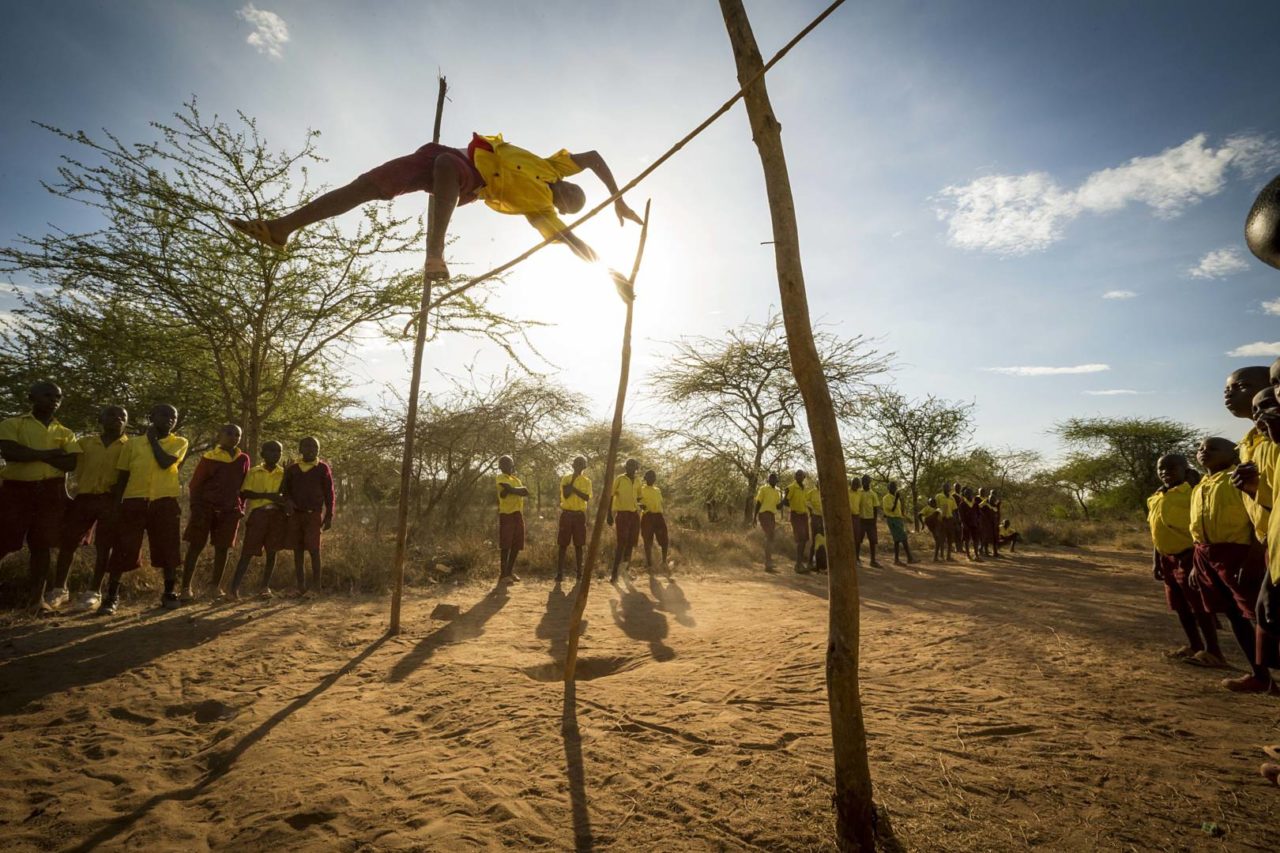 Every once in a while, what can be a frantic pace while traveling slows down, and those extra moments provide something special — something unexpected. In February, I was dropped off at Kwakatunge Primary School in Mwala, Kenya, to photograph one of its students who had chosen his sponsor a couple days prior.

After photographing him and then all of the students getting water from the water tank World Vision had provided at the school, our ride back to the World Vision office hadn’t arrived yet, so the children stayed to spend more time with us and play with each other.

I slowly made my way across the school grounds, watching the children playing soccer and volleyball and taking photos as I went. At the far corner of the school grounds, I found the children pole vaulting, and then as I started to photograph them, an older 16-year-old student strode over, confidently raised the bar, and effortlessly leaped over, creating a cloud of dust when he landed.

What you can’t see is the crowd of children behind me, all leaning in wanting to see what I had captured. When I motioned for him to come over and showed him the image, he smiled one of the biggest smiles I’ve seen, so proud of his accomplishment caught for the world to see. (©2019 World Vision/photo by Heather Klinger) 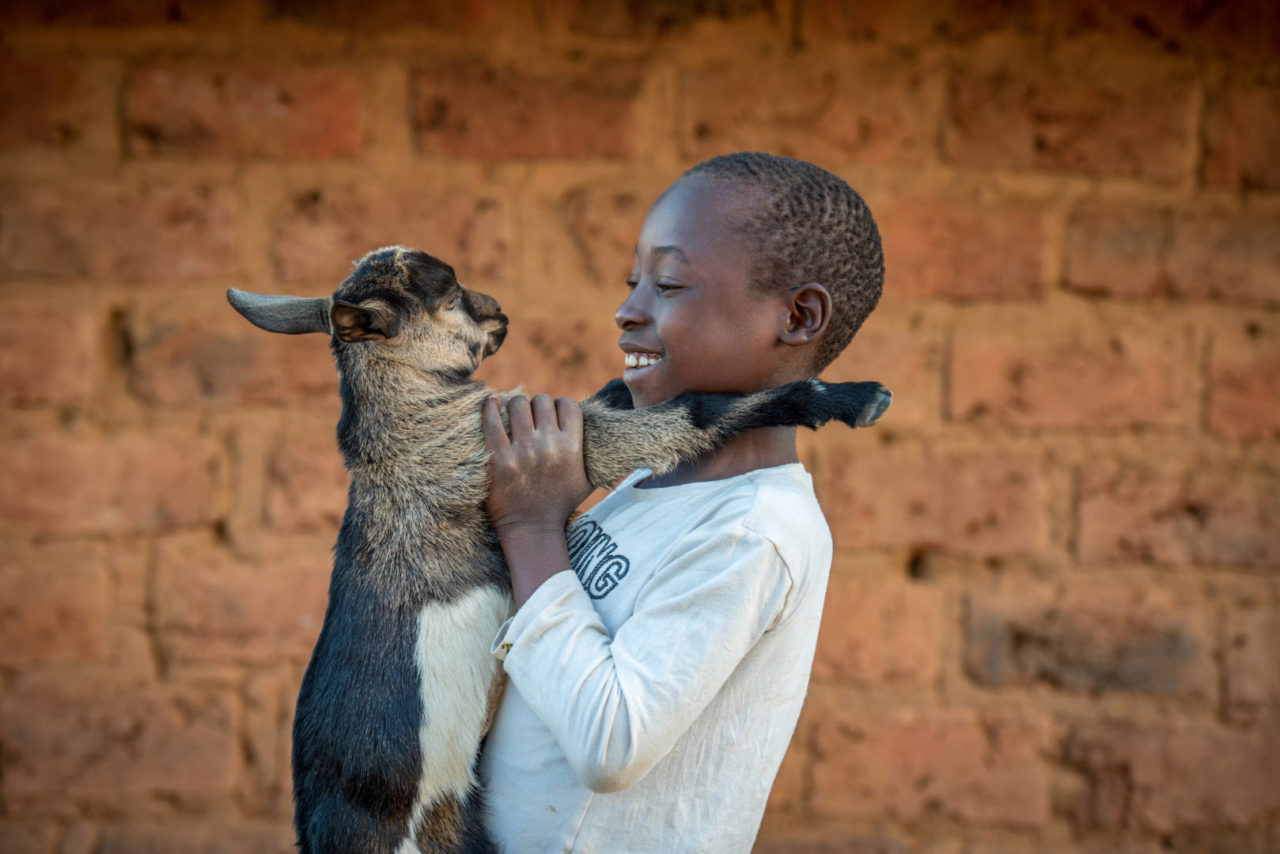 This spring, I was in Zambia working on cover shots for World Vision’s Christmas Gift Catalog. I photographed many smiling kids holding goats. If the goat smiled too, that was a bonus.

When we got to 9-year-old Nathan’s home, we were setting up for a portrait. I usually ask the children to cradle the goat in their arms, but Nathan had other ideas, and the goat hug was absolutely precious. It became the most playful Gift Catalog cover I’ve ever photographed. (©2019 World Vision/photo by Laura Reinhardt) 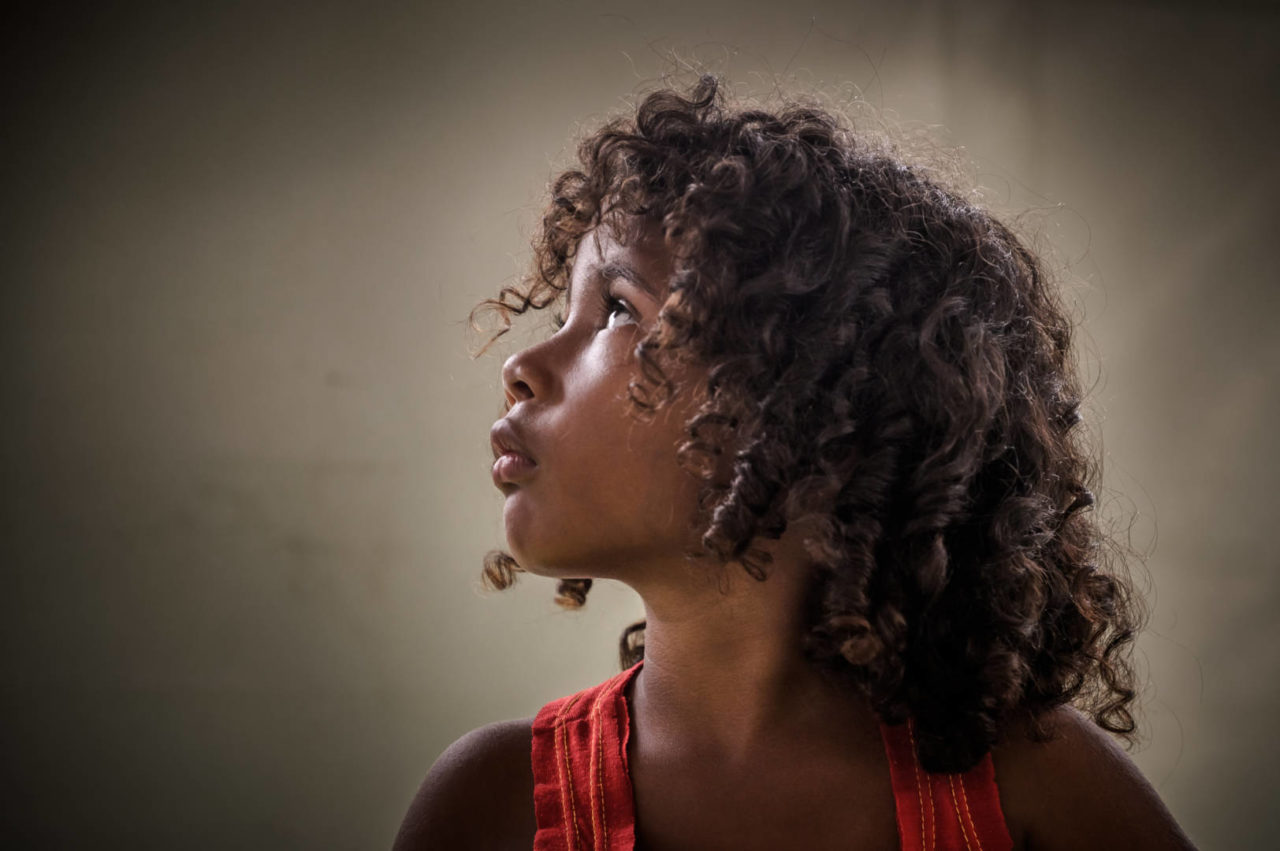 A head full of curls. Rapt attention. Her face turns to the light. Click. Earlier we’d met Sofia, 5, and the rest of her Venezuelan migrant family living in a rented shack on a hillside in Cucuta, on the Colombian border. Now we track Sofia as she goes to her favorite refuge — World Vision’s Child-Friendly Space. Statistics tell of tens of thousands who have fled the turmoil in Venezuela. For me, one little girl named Sofia is all I need to break my heart. (©2019 World Vision/photo by Jon Warren)

The fun zone at the Global 6K for Water in Chicago was impressive — petting zoo, face painting, and an inflatable soccer goal. I figured that my reflexes were faster than the skills of the children kicking the ball, so I climbed inside the inflatable soccer goal and positioned my camera — and my face — in the target hole. I did nearly get hit with a ball once but loved the up-close angle to capture the determination on the children’s faces. (©2019 World Vision/photo by Andrea Peer) 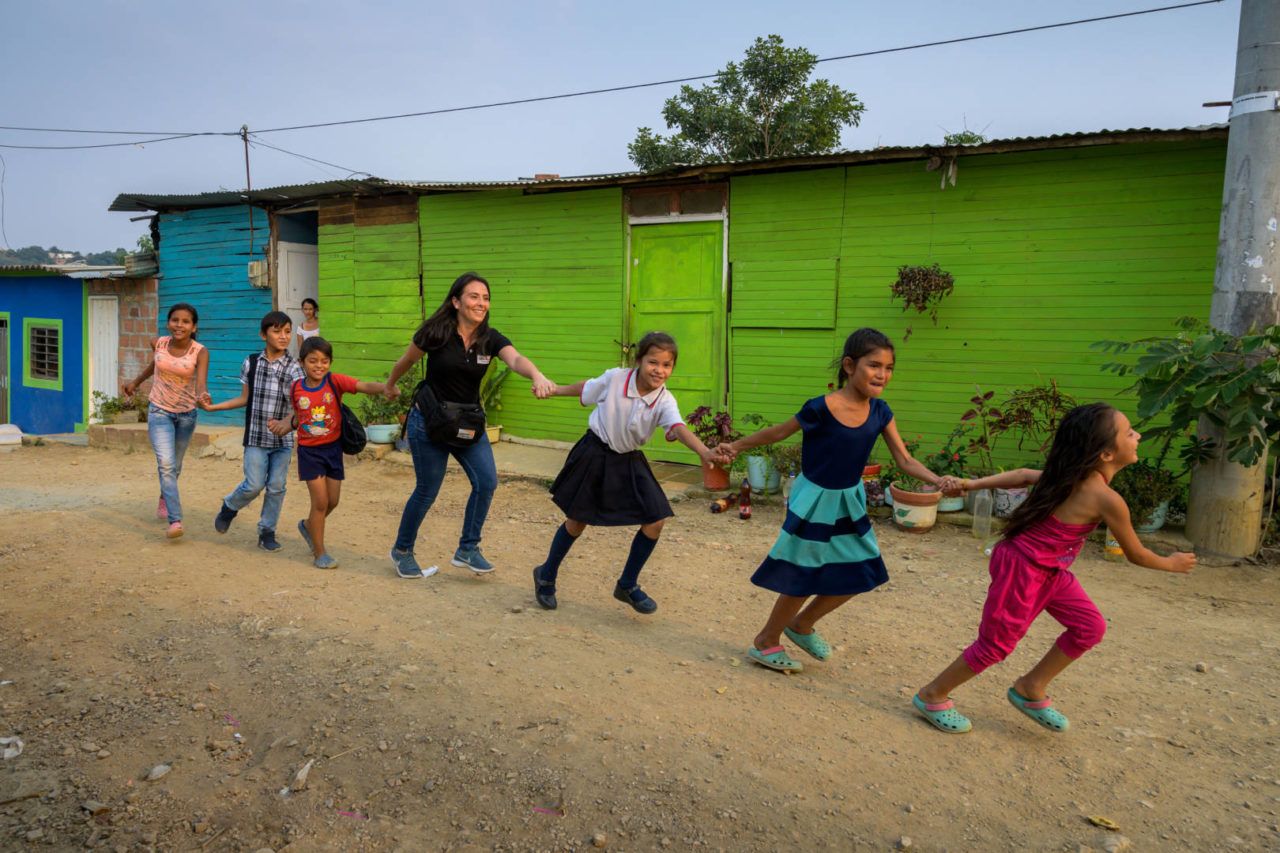 The first time I photographed Mayerly Sanchez in 1998, she was hand-in-hand with a line of children, marching through her Bogota’ neighborhood. As passionate 14-year-old sponsored child, she courageously co-led a children’s peace movement that was nominated for a Nobel Peace Prize.

Now 21 years later, Mayerly is World Vision’s brand and communications manager in Colombia. And I again find her hand-in-hand with children, this time in a community affected by the Venezuela crisis. (©2019 World Vision/photo by Jon Warren)

“Our kids tend to be really visual learners. So they need to be able to see what you want to accomplish during the class,” Magdalena says. “In order for them to grasp it all, it makes it so much easier to have that monitor there and be able to show them and walk them through and let them go on their own to discover.” (©2019 World Vision/photo by Chris Huber) 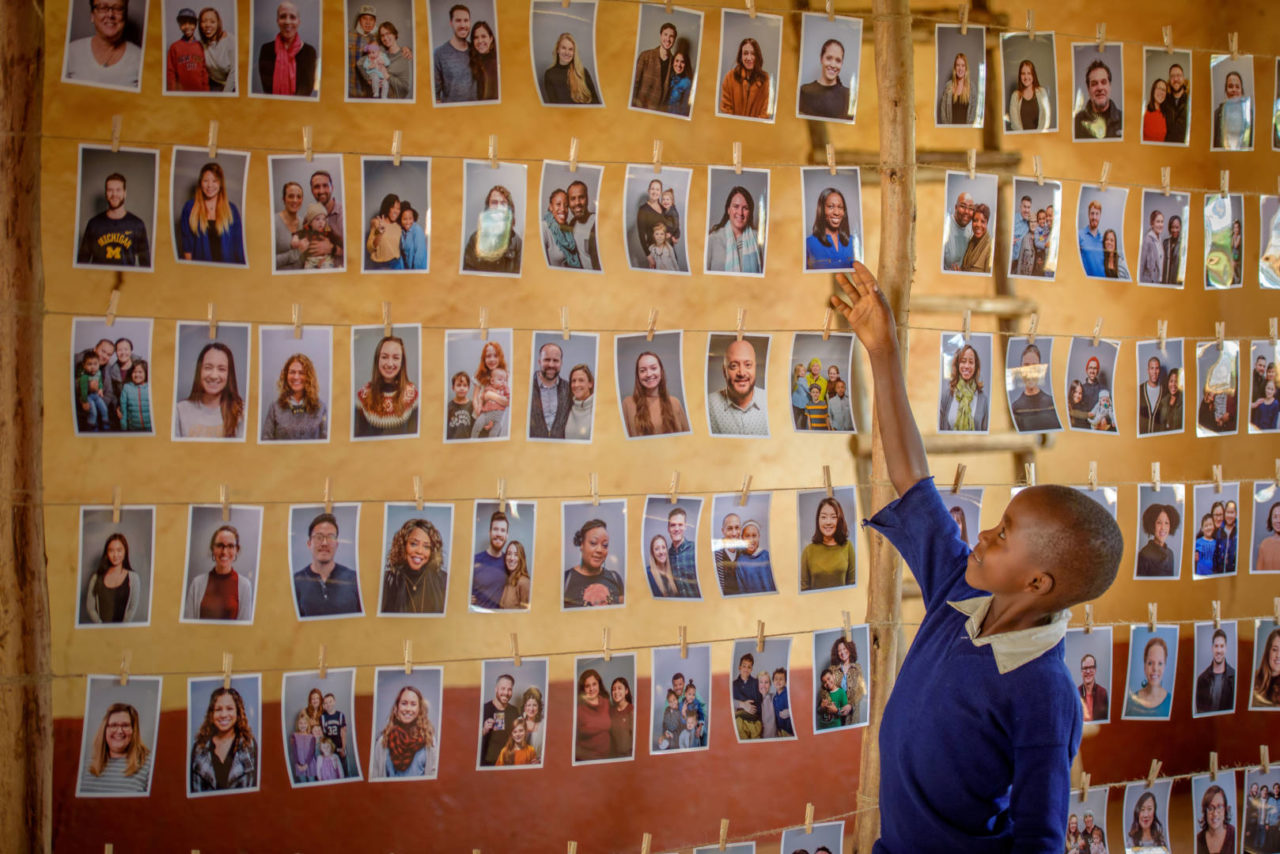 Back in February, I got to attend World Vision’s very first Chosen event and saw children in Mwala, Kenya, being the ones to select their sponsors. Nine-year-old Mutinda reaching for his sponsor’s photo visually sums up the idea of putting the power to choose in a child’s hands. (©2019 World Vision/photo by Laura Reinhardt) 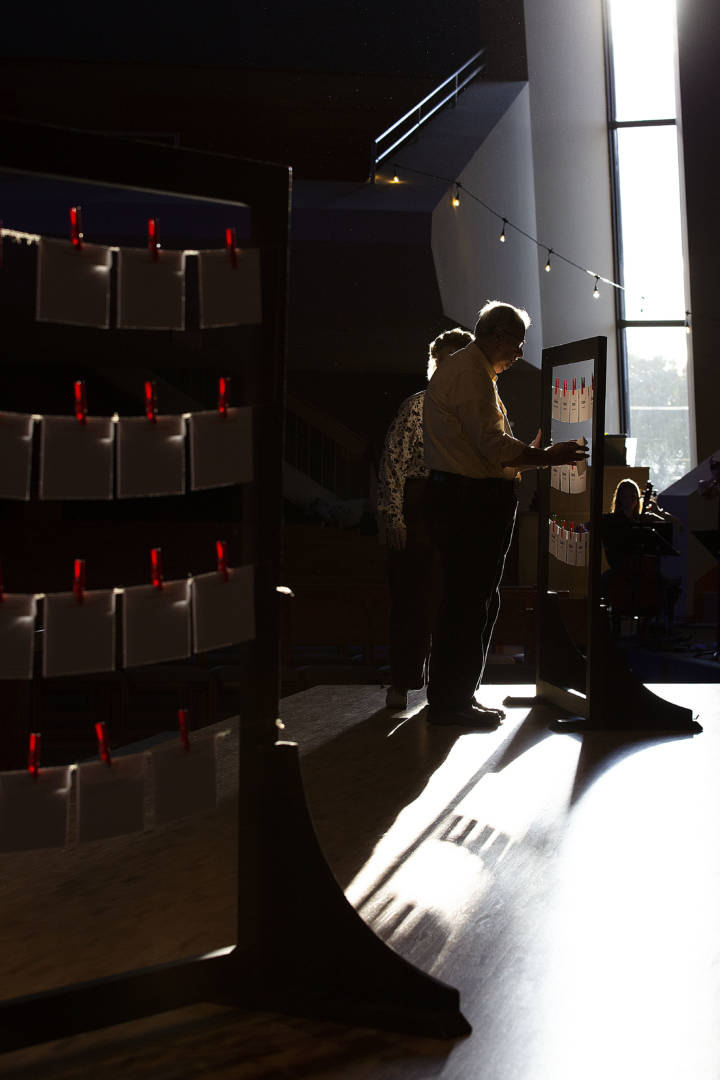 With children empowered to choose their sponsor, their sponsors now anxiously wait to find out which child chose them. At Woodbury Lutheran Church in Minnesota, congregants walked onstage during service to find and open the envelopes that included information about the child who chose them as their sponsor and a letter explaining why they were chosen. (©2019 World Vision/photo by Heather Klinger) 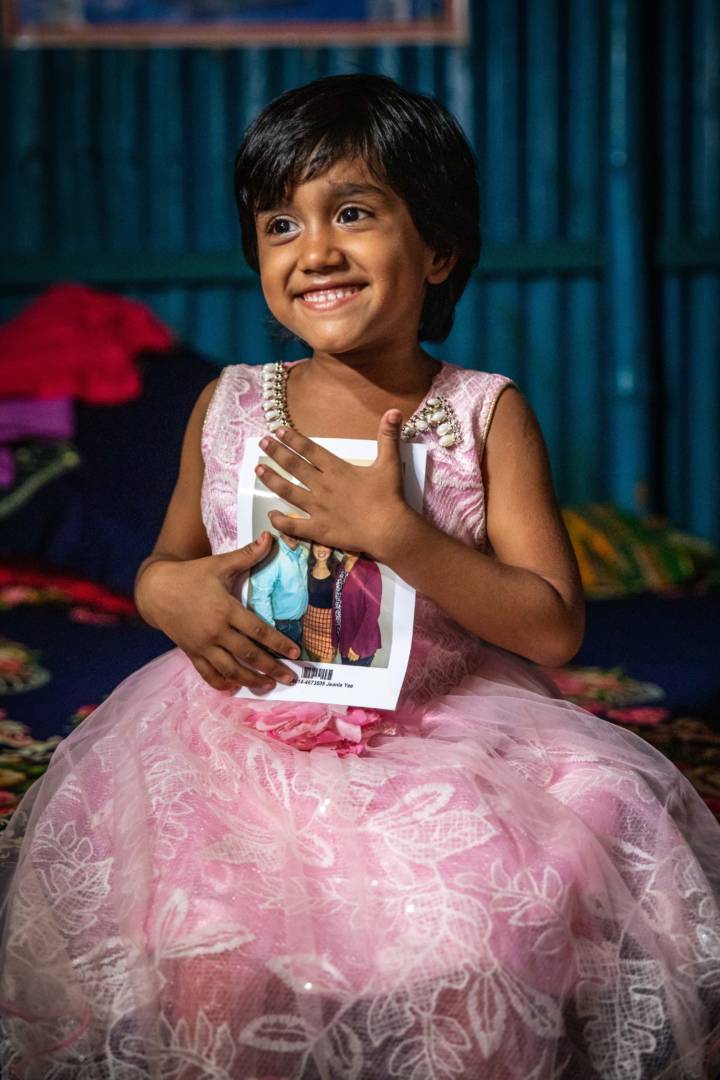 It’s not difficult to take a good picture of 5-year-old Milli in Tongi, Bangladesh. She is all smiles as she entertains some visitors from World Vision at home. Milli wore her special pink dress to pick her sponsor at a choosing party Sept. 25 and again for us two days later. Her smile melts everyone around her. And when she holds close a photo of her new sponsors, we know they have a special place in her heart now, too. (©2019 World Vision/photo by Chris Huber) 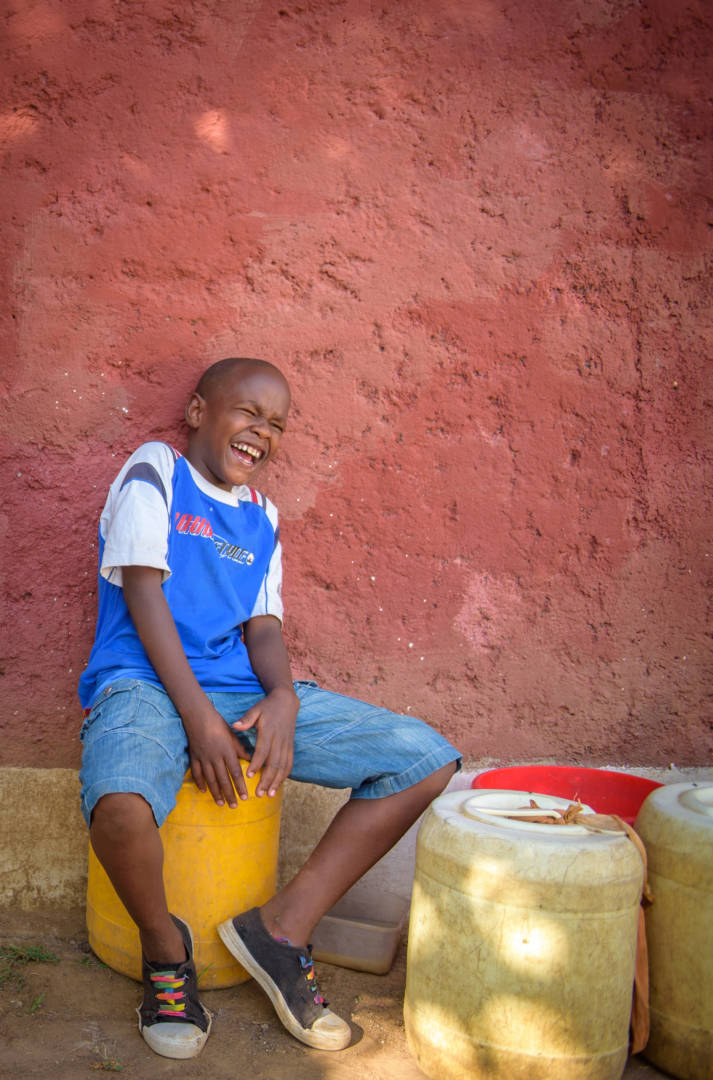 Often the children we visit are shy and guarded with strangers, especially strangers who wield camera equipment. That was never the case with Collins in Mwala, Kenya. He spoke boldly and confidently from the very start. He knew that he wanted his voice to be heard. He was equally at home in front of the camera, but sometimes that led to very posed photos like thumbs up. It was fun to capture a more unguarded laugh from him outside his grandmother’s home.

He’s lived with his grandmother since he was an infant. Life hasn’t been easy for his family, but there’s lots of love and support, which you can see in Collins’ confidence and joyful smile. (©2019 World Vision/photo by Laura Reinhardt) 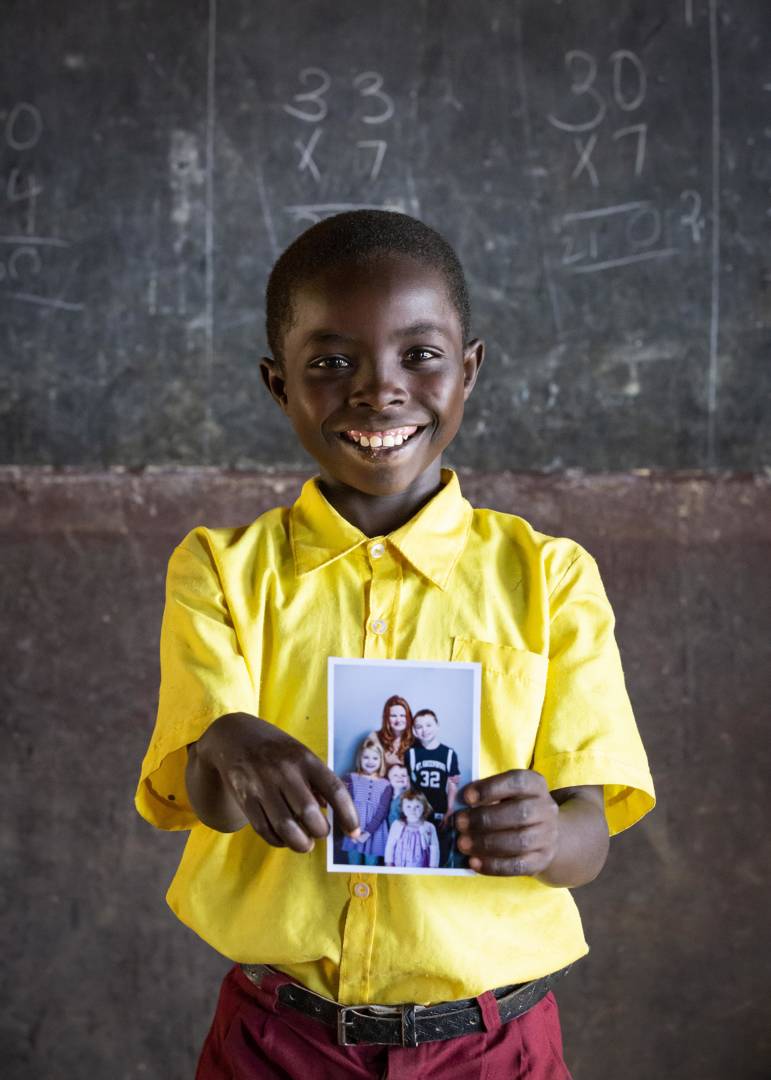 As a photographer, you should always try to connect with whomever you’re photographing, but sometimes, there’s a special connection you can’t explain — a child you can’t forget, nor do you want to. This year, for me, that was 10-year-old Nicholas, who chose the Kane family as his sponsor during Chosen’s inaugural event in Mwala, Kenya. His is the story of resilience, of a smile that tells nothing of the hardship he’s endured.

Three years ago, Nicholas fell from a tree while playing with his friends and injured his right wrist, which caused a muscle contracture. Thankfully, he no longer experiences pain and has started to use his right hand again, but in the meantime, he’s learned to write with his left hand. Nicholas is in ongoing physiotherapy at home with the help of his mother, with periodic treatment at the hospital.

I have faith that no matter what comes his way in life, he’ll approach it with that same smile on his face, and with the support of his sponsor and World Vision, anything is possible. (©2019 World Vision/photo by Heather Klinger) 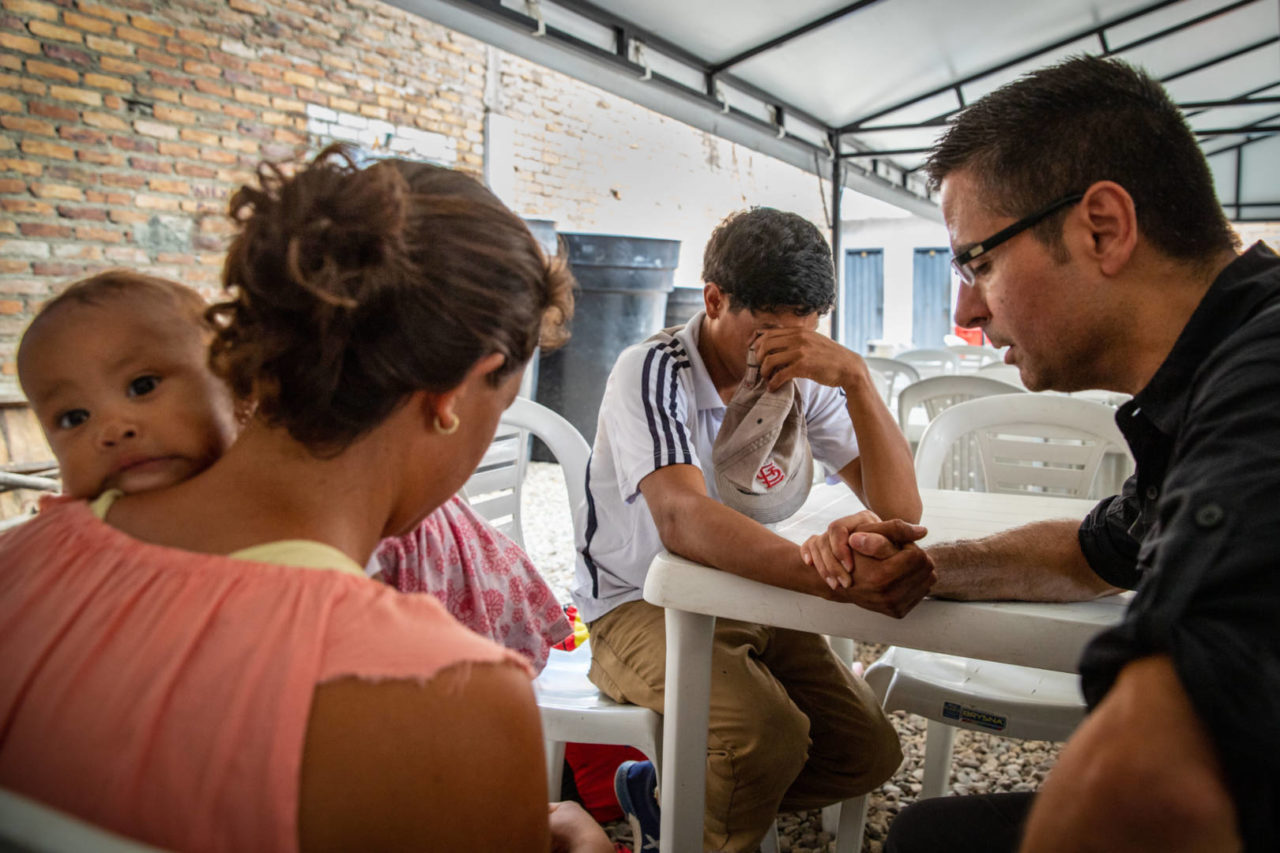 Edgar Sandoval, the new president of World Vision U.S., grew up in Venezuela. This year, he visited Colombia and prayed with Jefferson and his family at a feeding center for Venezuelans who have fled the crisis at home.

Looking at this photo and remembering this scene is painful. This emotional moment symbolizes the gut-wrenching, heartbreaking reality of millions affected by the Venezuela migration crisis.

Jefferson, Duverlis, and their baby girl are broken and desperate after fleeing crushing poverty in Venezuela. But they still hold out hope that God will provide what they need in the days ahead. (©2019 World Vision/photo by Chris Huber) 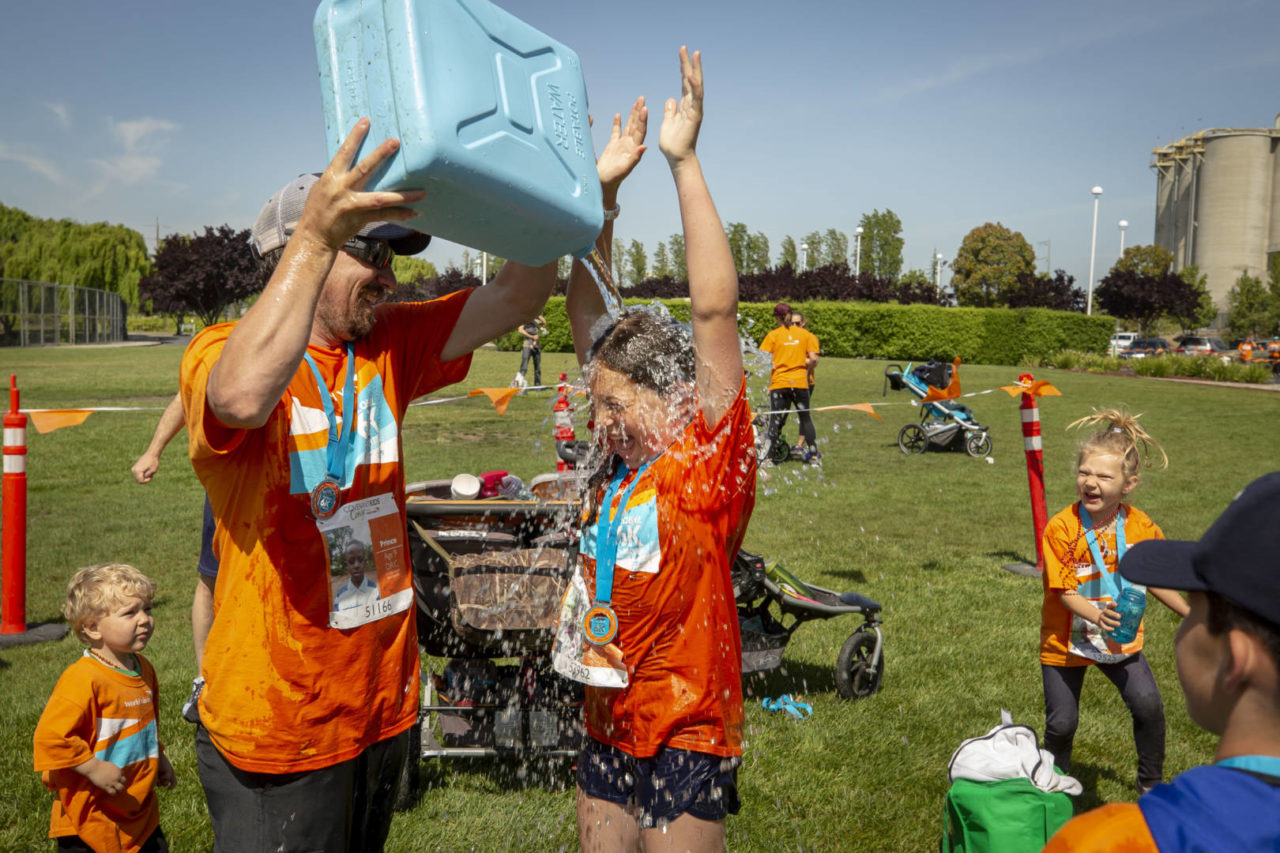 The annual Global 6K for Water is typically a fun event to photograph, with children and families walking and running together, sometimes with jerrycans to empathize with women and children who walk daily to collect water — often dirty, contaminated water that makes them sick.

This 6K in Redwood City, California, was overflowing with joy, and it was contagious. When most of the 400 people there that day had left and it was time to tear down, a group of friends and their kids found a great way to get the water out of the jerrycans — a celebratory water fight! (©2019 World Vision/photo by Heather Klinger) 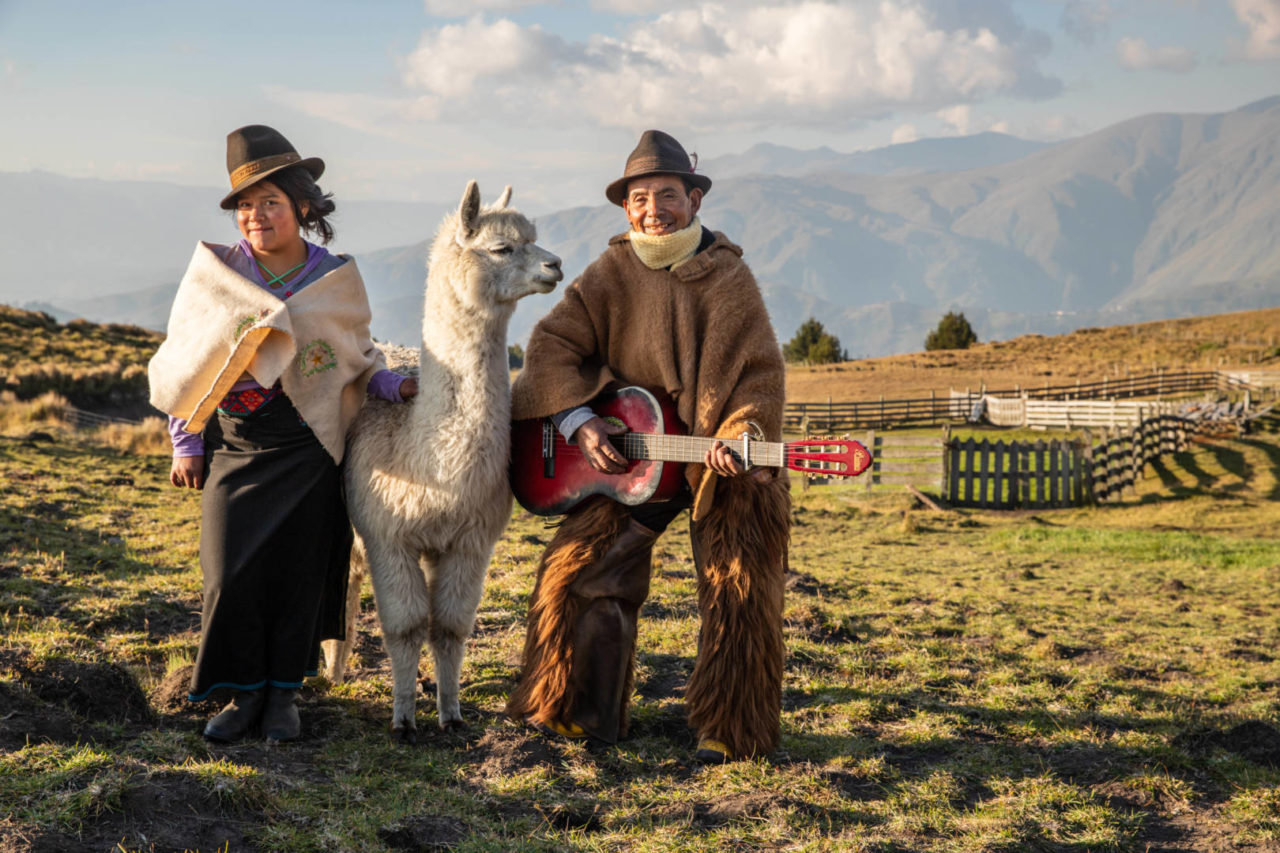 The community of Guarguallá Grande in Ecuador sits at about 12,500 feet above sea level and has struggled with the effects of poverty for generations. Alpacas gifted through World Vision’s Gift Catalog have empowered this community to begin lifting themselves out of poverty.

The animals help improve children’s health, nutrition, and their families’ livelihoods. Their presence also helps promote land conservation and a rebalance of the indigenous ecosystem. (©2019 World Vision/photo by Chris Huber) 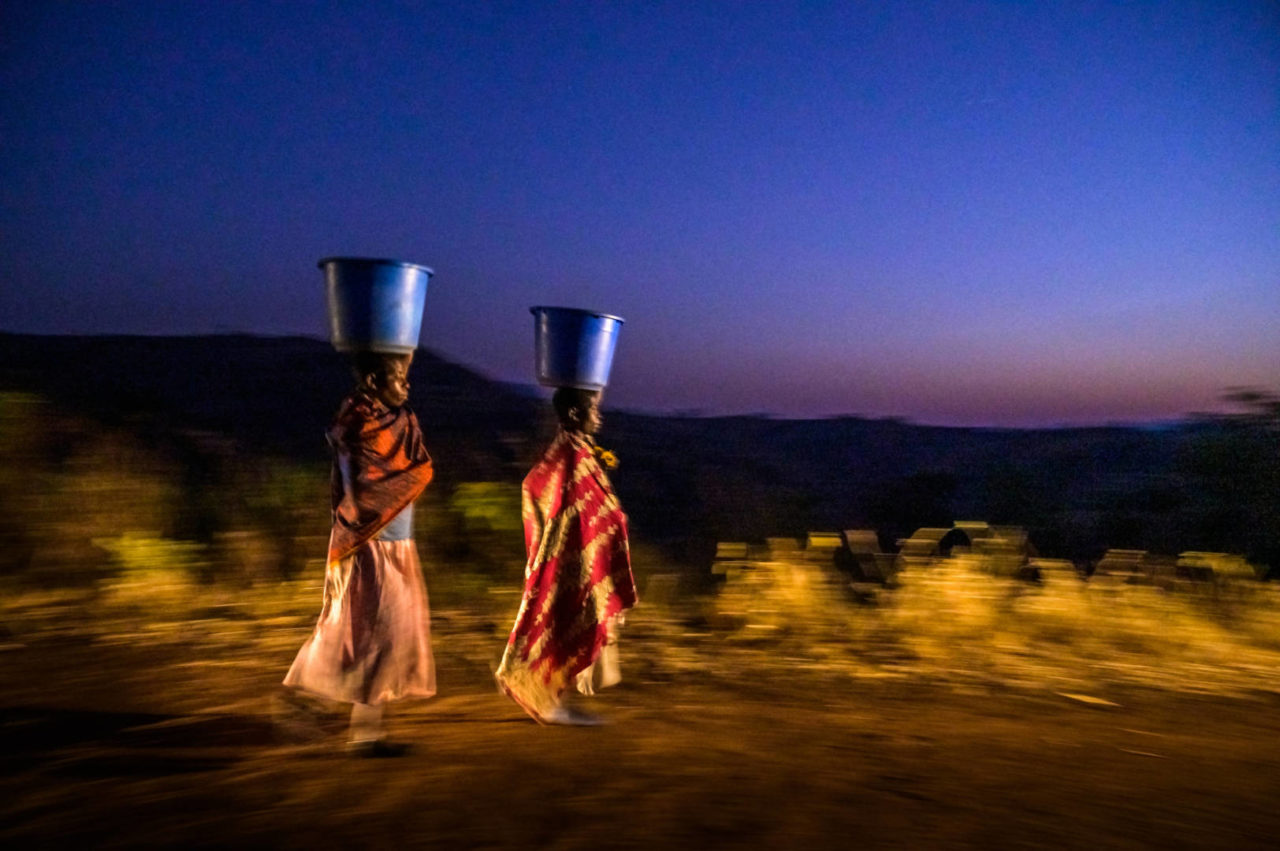 Happiness walks in the dark, followed by her twin sister, Gift, to get water before the children wake. A month earlier, Happiness gave birth to a daughter, Secret, but she still has to haul heavy buckets of water up and down steep slopes.

I’m here to record the moment because I have faith that this isn’t the end of this of Malawian family’s story. The next chapter will include clean water close by and sponsorship for Happiness’ children. (©2019 World Vision/photo by Jon Warren) 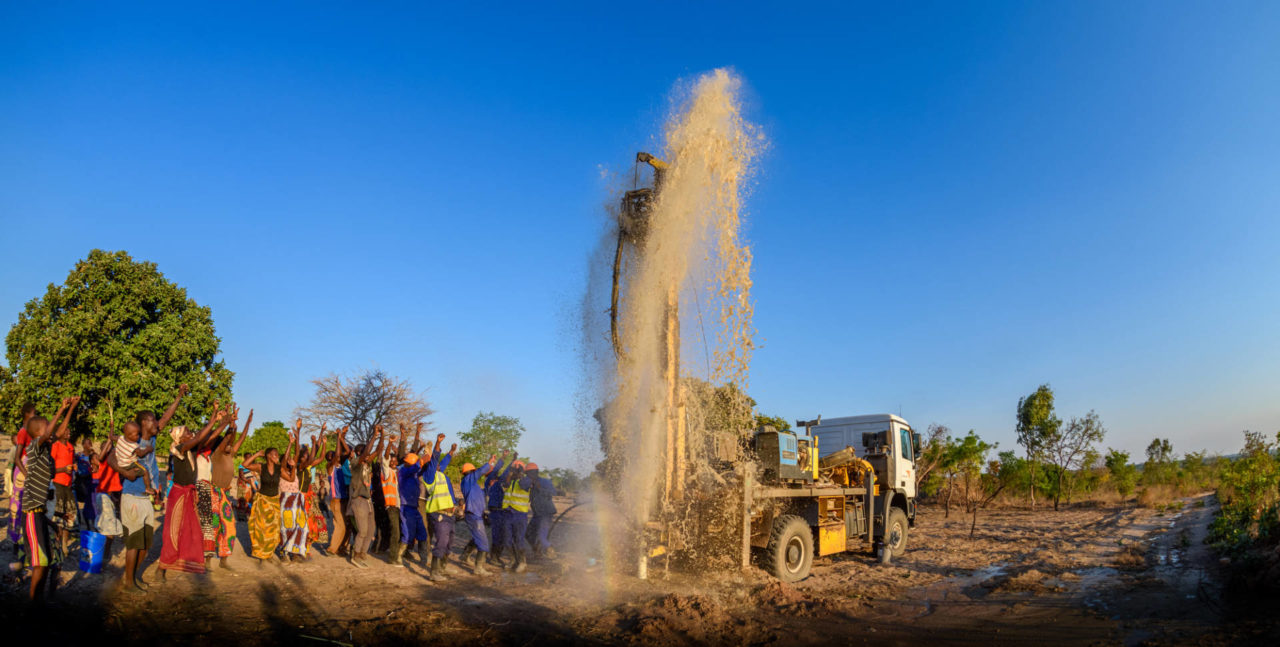 The Mpondagaga village women danced and sang all day long as the World Vision drilling crew bored deep for water in Malawi. Faliness Nyirenda, 42, told me, “Now this will restore our dignity!”

I’d never considered before how demeaning it must be to be chained to an endless daily grind, collecting buckets of dirty water that will never make you clean. Cheers erupted from all of us when water finally burst from the well. (©2019 World Vision/photo by Jon Warren) 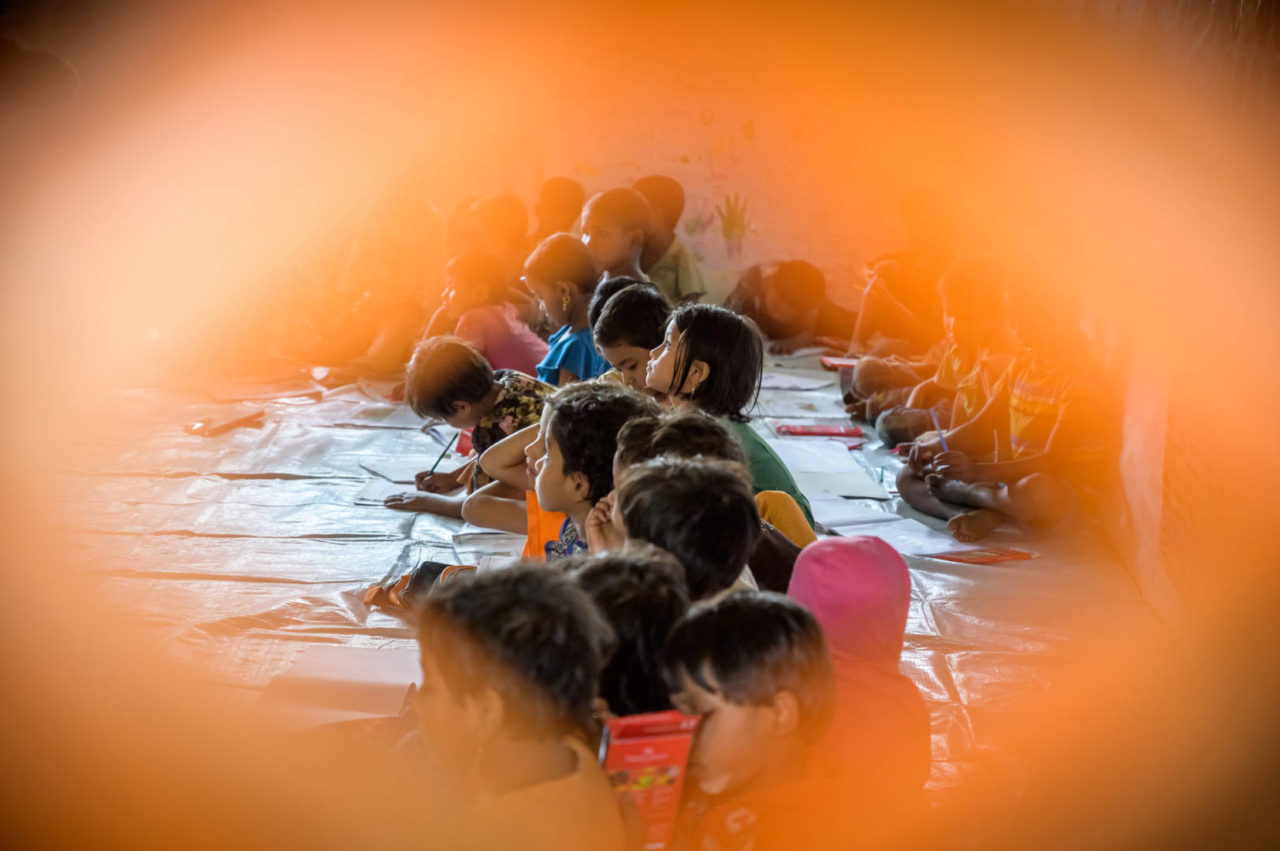 Peering through the bamboo lattice, I watch Jannatul. She loves singing and coloring at the Child-Friendly Space near her shelter in the Rohingya refugee camps in Bangladesh. Ironically, considering where she lives and the trauma that brought her here, the 5-year-old orphan’s name means “the best heaven.” (©2019 World Vision/photo by Jon Warren)

World Vision’s staff around the world truly embody servanthood. Their love for the children they serve always shines through. That was never more evident to me than in Mwala, Kenya, where I was hearing about World Vision’s work with children with disabilities.

Eight-year-old Dennis received a wheelchair through a USAID-funded and World Vision-implemented grant. Annastacia Mutunga’s work for World Vision in Mwala keeps her especially focused on children with special needs. When we went to visit Dennis, he beamed at her upon our arrival and kept smiling at her throughout the interview. It’s plain to see that she feels equally enchanted with him. (©2019 World Vision/photo by Laura Reinhardt)