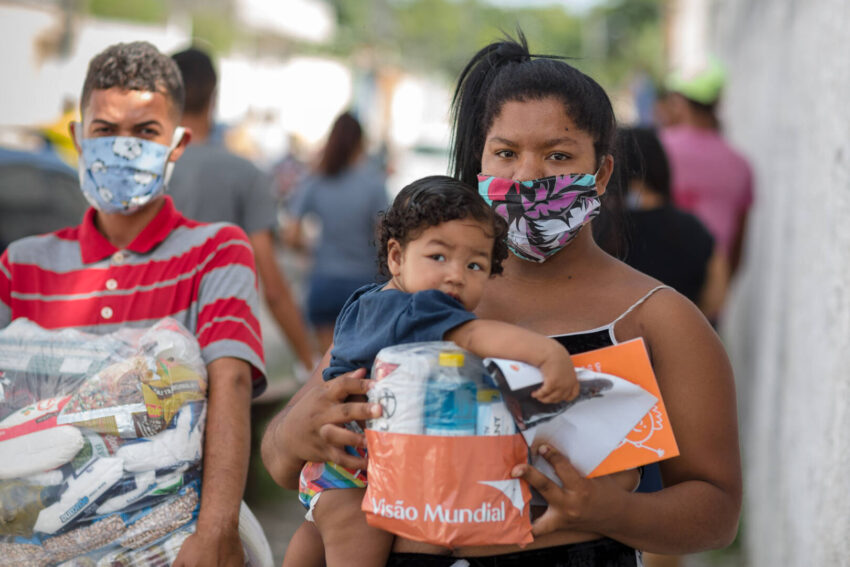 In an attempt to prevent hundreds of children from suffering from a lack of food and conditions to prevent COVID-19, World Vision, in partnership with local organizations and XP Inc., supported 1,800 families in Maceió. Over the course of three months, they received a monthly basic basket and guidance on hygiene habits, symptoms and measures to be taken in the case of COVID-19 infection. The last delivery of baskets took place in the second half of June. 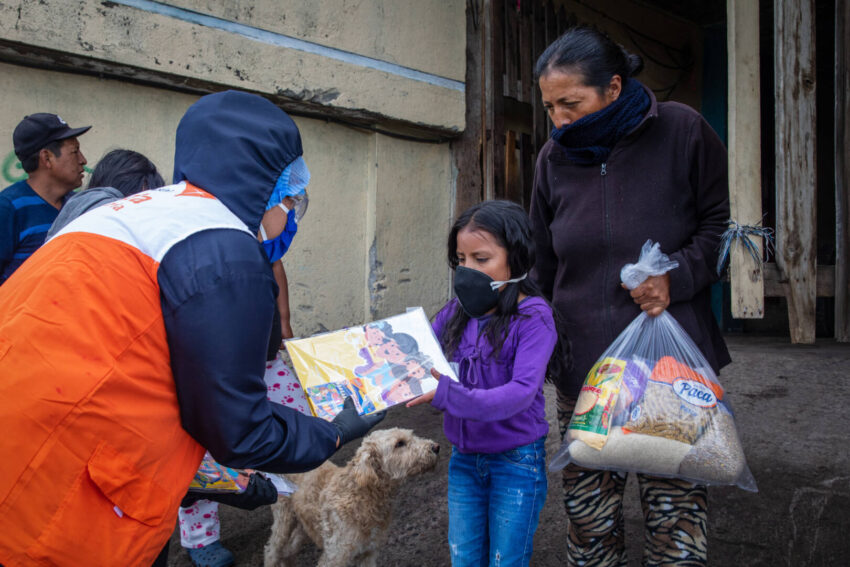 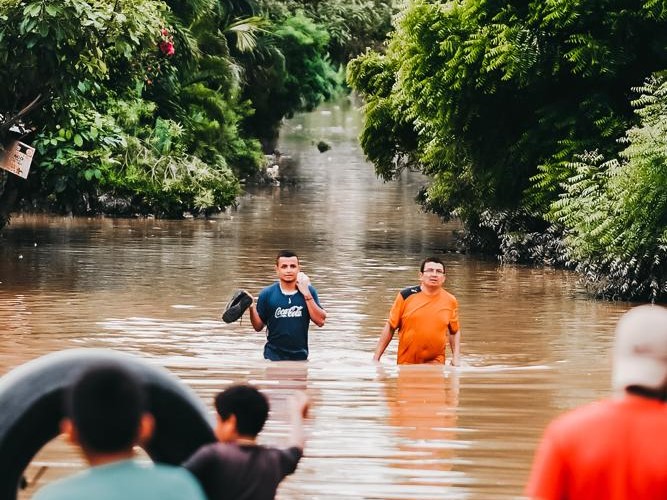 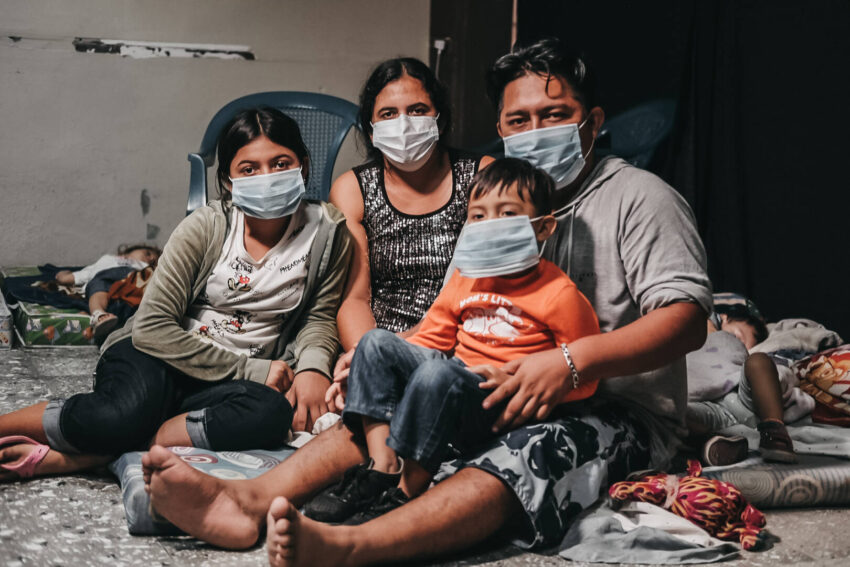 Disasters in all forms — natural, man-made, and complex emergencies and refugee crises — delivered an unprecedently turbulent blow to the world in 2020.

“2020 was a challenging one for all of us, individually and corporately,” says Erica Van Deren, a senior program manager for World Vision humanitarian and emergency affairs.

Around the world, World Vision works to protect the well-being of children and their families affected by all types of disasters and tragedies — from the COVID-19 pandemic, civil wars, and hurricanes to destructive locust infestations. “The complexity of the pandemic and its secondary impacts on all aspect[s] of the lives of children is overwhelming. And other emergencies did not stop because of COVID-19 — hurricanes, explosions, hunger, and insecurity continued,” says Erica. “Through all of this, World Vision has been able to respond.”

We adapted our work worldwide, remaining responsive and agile to meet the needs of the most vulnerable children.

“While we don’t know what 2021 will hold, we remain steadfast in our commitment to our work,” Erica says.

Learn about eight of the worst disasters in 2020 and how World Vision’s responding to care for millions of children and their families.

Within hours of the World Health Organization’s declaration of a pandemic on March 11, 2020, World Vision launched its largest-ever global emergency response.

As of December 9, worldwide COVID-19 cases have surpassed 68 million, and more than 1.5 million people have died. The United States has the most cases globally with over 15 million.

Our global response focuses on four programmatic areas of intervention, which we adapt based on context and local need:

1. Scaling up preventive measures to slow the spread
2. Strengthening healthcare systems and workers
3. Supporting children impacted by the effects of the pandemic
4. Collaborating and advocating with partners to ensure that vulnerable children get the care they need

In each of our sponsorship communities worldwide, we’re working with community partners to keep children and families safe. Every 60 seconds, World Vision’s helping more than 180 people survive, recover, and rebuild from the effects of COVID-19.

Locust swarms and hunger in Africa

Swarms of desert locusts, the most destructive migratory pest in the world, are devouring large swaths of crops and grasses meant for people and livestock in Eastern Africa.

It’s the worst infestation in decades in parts of Djibouti, Ethiopia, Eritrea, Kenya, Somalia, Sudan, and Uganda. And it’s also affecting crops in nearby South Sudan and Yemen. The locusts are threatening food security throughout Africa, where 51.2% of people face moderate or severe acute food insecurity, according to the United Nations Food and Agriculture Organization.

Facing the worst locust outbreak in over 25 years, Somalia declared a national emergency. Many communities are still recovering from the prolonged drought from 2017, followed by severe flooding in 2019, and food security’s deteriorating.

“We are currently working with our World Vision offices in Kenya, Ethiopia, and Somalia to assess the locust infestation situation and look at solutions for and with communities,” says Lindsay Gladding, director of fragile and humanitarian affairs for World Vision. “Our primary concern remains the welfare and protection of children, and what this means for them now and in the future.”

On August 4, an explosion at Beirut’s port, fueled by 2,750 tons of abandoned ammonium nitrate, was one of the largest non-nuclear accidental blasts ever. At least 190 people died, and 6,000 others were injured.

The blast immediately displaced more than 300,000 people. Families sought temporary shelter with relatives and friends or in schools or other community buildings. World Vision immediately responded to the explosion by conducting door-to-door assessments and distributing food parcels, Hygiene Kits, and disinfecting kits — all while raising awareness about COVID-19.

The blast compounds the existing situation in Lebanon, a nation suffering from the burden of an economic crisis, an influx of refugees, and the COVID-19 pandemic.

“The people of Lebanon have suffered enough,” says Rami Shamma, World Vision’s field operations director for Lebanon. “They are strong, but they need the world’s support to survive this tragedy.”

World Vision’s been working in Lebanon since its civil war began in 1975 and continues to assist both Lebanese families and refugee communities through emergency relief, development projects, as well as advocacy.

A record-breaking Atlantic hurricane season unleashed storms like no other. In November, our emergency response teams raced against time to prepare communities in Honduras, Nicaragua, Guatemala, and El Salvador for Hurricanes Eta and Iota.

“One of our main focuses will be to ensure that, even amid the chaos caused by these natural disasters, the people impacted are still protected against COVID-19,” says Jose Nelson Chavez, regional advisor in emergencies for World Vision in Latin America. World Vision’s assisting over 124,000 families in Central America with humanitarian aid, which includes COVID-19 protection kits for children and their families. Our pre-positioned supplies worldwide ensure emergency relief teams can respond immediately to disasters, like Hurricanes Eta and Iota.

After mass atrocities in Myanmar forced them to flee for their lives, more than 860,000 Rohingya — more than half of whom are children — are still living in limbo in the world’s largest refugee camp, Cox’s Bazar in Bangladesh.

“The Rohingya are resilient, courageous survivors, but refugee parents here are afraid,” says Fredrick Christopher, World Vision’s response director in Bangladesh. “They see their children growing up in the camps without the quality education they will need to build a new life back home in Myanmar one day, or the life skills to cope with daily hardship in the camp. They are quickly becoming a lost generation.”

COVID-19 precautions and restrictions in the camps — although needed — are amplifying the extreme protection risks that Rohingya children routinely face, such as physical and sexual violence, exploitation and abuse, child marriage, child labor, and gender-based violence.

“Before the pandemic, Rohingya children had limited access to any educational services. Now with learning centers closed and fewer humanitarians accessing in the camps, they have even less protection,” Fredrick says. “Without work, their parents are forced to turn to negative coping strategies, such as marrying their children off or sending them out to work. We know child marriage is on the rise and reportedly children as young as age 7 are working in some camps.”

Syria’s one of the most dangerous places in the world to be a child: Nearly 5 million children were born into war since the escalation of violence started there nearly a decade ago. As the Syrian refugee crisis is now in its 10th year, millions of children are experiencing a second decade of life immersed in war, violence, and displacement. At least 1 million children have been born as refugees in neighboring countries.

“The war and COVID-19 pandemic have destroyed their lives. I wish I could ease their suffering. Being part of World Vision, I have dedicated myself to those people daily,” says Ahlam, a child protection coordinator for World Vision in Lebanon.

Since the start of the crisis, we’ve helped more than 2.5 million people in the Middle East with healthcare, psychosocial support, supplies for cold winter months, education programs, food aid, and clean water, sanitation, and hygiene.

Venezuela’s one of the most unstable and violent countries in the world. The country’s turmoil has forced more than 5.4 million people to flee the county seeking better living conditions, separating at least a million children from their parents.

The largest migration from Latin America is fueled by Venezuela’s collapsed economy, hyperinflation, food and medicine scarcities, and educational shortages stemming from years of political unrest. At least 94% of the population lives in poverty, and about 30% are unable to get enough nutritious food. In 2020, an estimated 766,000 people migrated to Colombia, more than 477,000 to Peru, 472,827 to Chile, 178,246 to Ecuador, and 148,782 to Brazil, according to data from the U.N. High Commission for Refugees.

World Vision’s responded to the Venezuelan refugee and migrant crisis since January 2019. As of September 2020, we’ve reached more than 411,000 people through programs focused on child protection, education, and food security and livelihoods in Bolivia, Brazil, Chile, Colombia, Ecuador, Peru, and Venezuela.

Now that COVID-19 is spreading rapidly in Latin America, Venezuelans’ needs are increasing. Many who have struggled for employment and live in poor conditions are now at high risk for contracting the disease and suffering its secondary economic and social effects. World Vision’s cash transfers and food aid have become a vital lifeline.

In Yemen, the economy has collapsed, and food prices have skyrocketed. The conflict has killed more than 233,000 people, including 12,000 civilians, and displaced more than 3 million.

In the past year, 380,000 people contracted cholera because half of the population lacks regular access to safe water and basic hygiene. People in the worst-affected areas have been starving to death because of near-famine conditions. And 1.8 million children are suffering from malnutrition, including 400,000 on the very edge of life.

It’s difficult for humanitarian agencies to get aid into the country due to the volatile security situation. But in November 2019, World Vision began working with the United Nations and other agencies already in Yemen to support efforts to protect and care for children overcome by this crisis. Our work’s focused on rehabilitating water points to provide safe drinking water for 17,500 people.

Create a Corporate Branded Fundraising Page for your company now, and have it ready to go when the next disaster strikes. 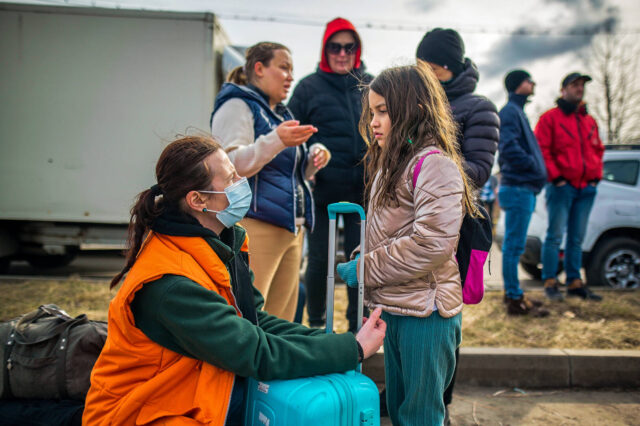 Ukraine crisis: Facts, FAQs, and how to help 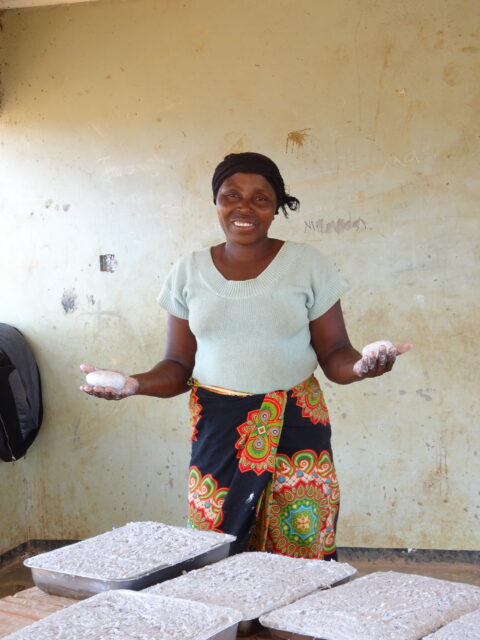